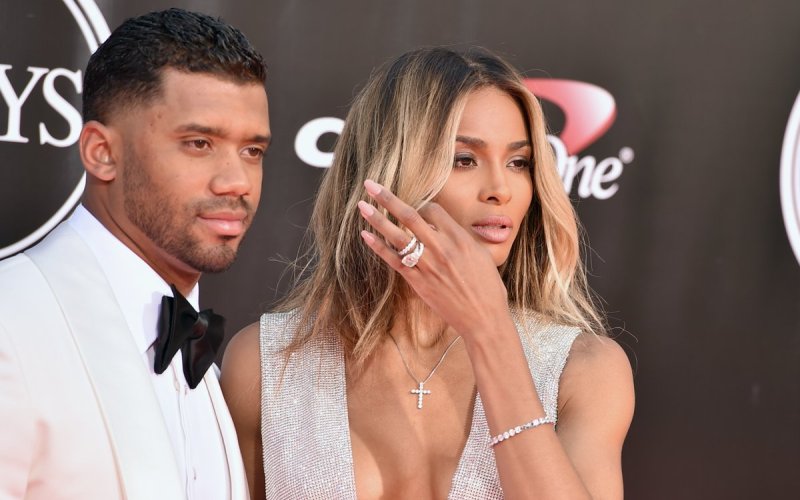 Russell Wilson and Ciara made their red carpet debut as a married couple at the ESPYS. What also made its debut was Ciara’s wedding ring. And it’s HUGE!!!

Okay, Ciara's wedding ring is huge, how tf is she walking around without dragging her left arm behind her? ?? pic.twitter.com/AWrrjCnt2P

Wilson definitely did well. He not only got Twitter’s approval, but I’m sure many women are now looking at their men right now waiting for them to get it together so she can a get a ring like Ciara’s.

Ciara needs someone to carry her ring while she's wearing it

**moment of silence for Ciara's ring**

First time I seen Ciara's ring I almost passed out

I don't think I'll ever be not shocked when I see Ciara's ring. Like that thing gotta have the same net worth as Puerto Rico

Ciara knew exactly what she was doing when she stepped onto the red carpet. She wore pink head-to-toe just so that everybody would get a glimpse of her massive pink ring. Ciara and Russell said their “I Do’s” just last week at a castle in England. With 100 guests in attendance, Ciara wore a custom Roberto Cavalli dress while Wilson wore an Armani suit. Official photos of the beautiful ceremony were recently released.

The fairytale seems to be off to a good start and Ciara better cherish that flawless ring forever and ever.