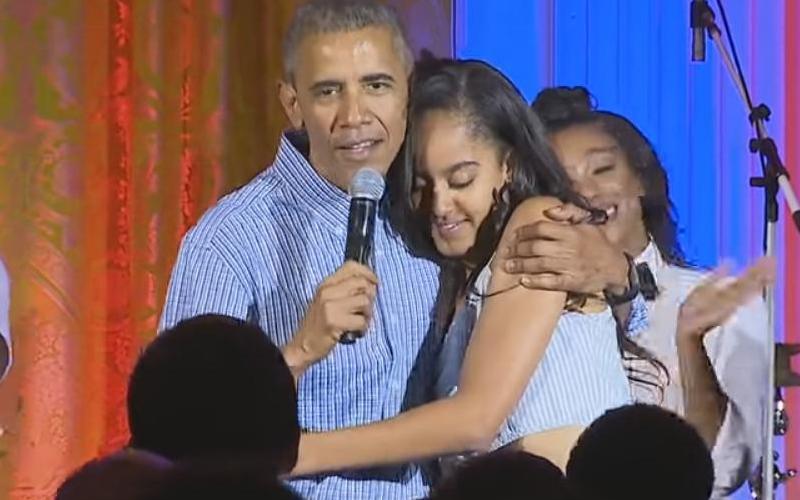 President Barack Obama may be the leader of free world and has faced heavy opposition in his final year in office, but he never passes up the opportunity to embarrass one (or both) of his daughters. However, it was Malia who had to grin and bear it as her dad sang “Happy Birthday” to her… off key!

Coincidentally, Malia’s 18th birthday fell on the Obama’s final Independence Day celebration. “It’s a job of a father to embarrass his daughters,” he said after thanking members of the military. And with Kendrick Lamar and Janelle Monae by his side, the President launched his impromptu performance.

Come on, man! How do you sing “Happy Birthday” off key?! You even had two of the most talented musicians at your disposal and didn’t let them shine! Regardless, the moment between father and daughter was incredibly adorable.

Obama has embarrassed his children many times throughout the past seven years. However, it’s always out of love. Seeing this beautiful black family in the White House will be one of things I’ll miss most come January 2017.