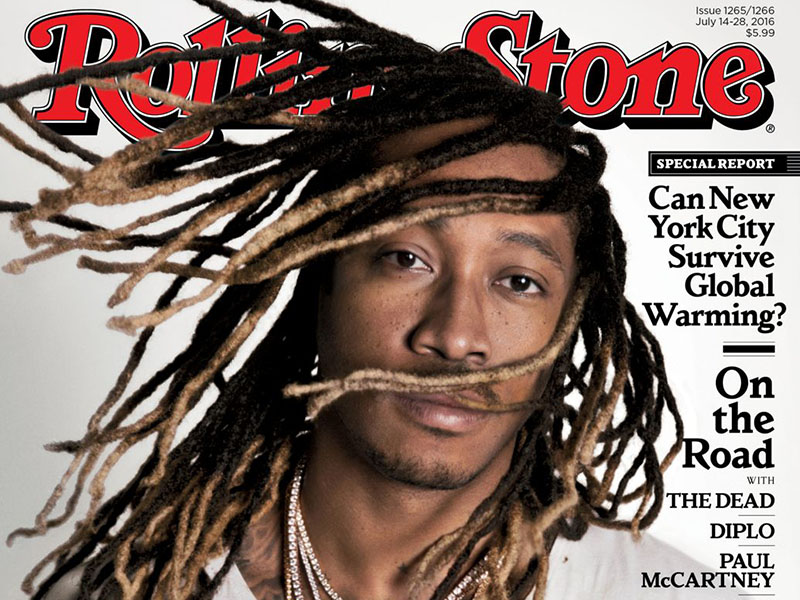 Future has finally addressed all of the Desiigner comparisons.

Since Desiigner released his hit single “Panda,” people have often confused the song with a Future track. Some have even accused him of jacking Future’s style.

While Desiigner has denied the claims, Future has pretty much remained quiet on the whole situation. But in his new cover story with Rolling Stone, the “Dirty Sprite” rapper makes it clear that he isn’t worried about Desiigner or anyone else that sounds like him.

“I never worried about anyone else … I don’t even want his name in the article,” Future said in the interview.

Future also spoke on being sued by his baby mama Ciara, him only wishing the best for her, and not being comfortable with Russell Wilson playing “daddy” with his son. On what he wants for Ciara:

“Her being successful, her being happy, helps me. I’m attached to you. If you’re happy, I’m happy. You’re connected for life. I don’t want you to go through this shit and for it to come back on my son, my kid. I want you to be in the best situation.”

On Russell Wilson playing “daddy” with his son:

Check out the rest of Future’s Rolling Stone interview here.