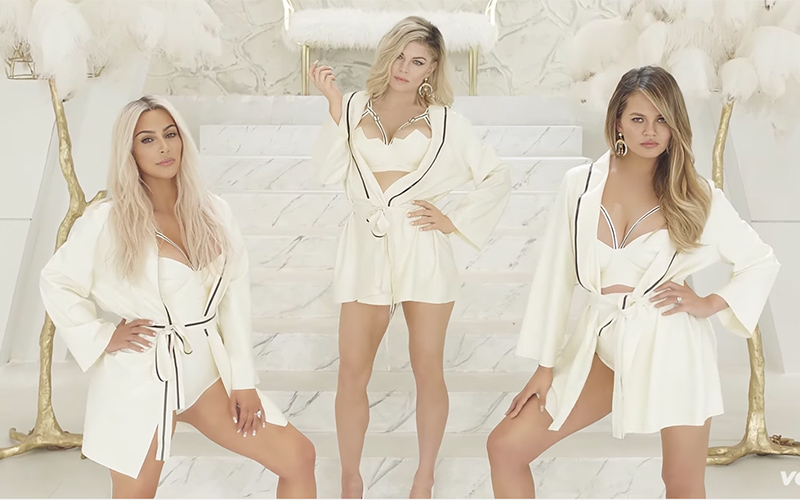 Taylor Swift is not the only one who can assemble a girl squad. Fergie calls on Kim Kardashian, Chrissy Teigen and Ciara for support in her comeback music video “M.I.L.F. $”

The song is a tongue-in-cheek play on the NSFW version of that acronym, though Fergie attempts to put a positive spin on it by changing the acronym to “Moms I’d Like to Follow.” But she still flirts with the original meaning as she squirms in a milk bath, bends over provocatively, and flirts with shirtless milkmen.

After stumbling with her previous attempted comeback single, “L.A. Love,” this strikes a much better chord. It’s a retread of Fergie’s tricks, but it feels fun, fresh and familiar enough. And with Iggy Azalea completely floundering, the lane is open again for a talk-singing white girl who flirts with hip-hop, so push through, Fergie.