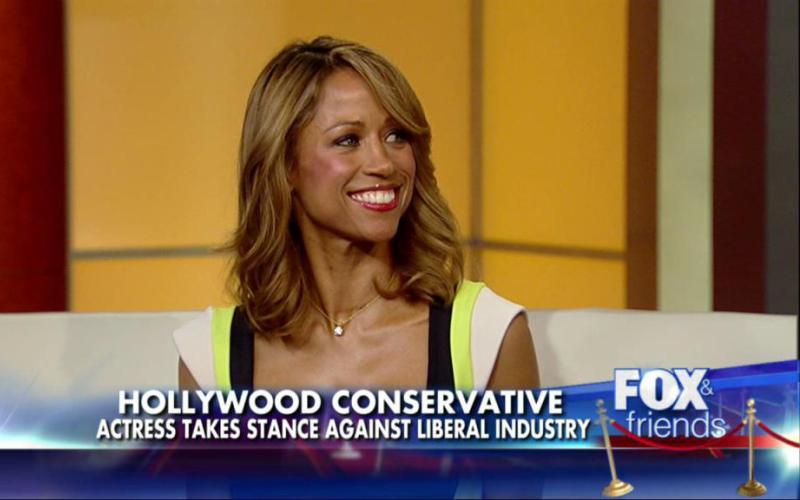 As if we didn’t already know, Stacey Dash has once again proved to us that she is clueless — pun intended — when it comes to the topic of race or basically anything.

Jesse Williams is still receiving unwarranted backlash for his passionate speech concerning racism while accepting the Humanitarian Award at the BET Awards. The latest blow comes from actress and FOX News puppet Stacey Dash. On her personal blog, she criticized Williams for appearing on BET, deemed his “tirade” racist, and even called him a “plantation slave.”

Wait! Let me get this right. The slave… is also… the racist?!

You confused too? Maybe Stacey can explain her FOX News education a little better. If you can bare it past the first few sentences, here are two snippets of what she wrote:

“You’ve just seen the perfect example of a HOLLYWOOD plantation slave! Sorry, Mr Williams. But the fact that you were standing on that stage at THOSE awards tells people you really don’t know what your talking about. Just spewing hate and anger.

“That chip on the shoulders of people like you will weigh you down and keep you from flying free.  But true freedom is never free. You have to know how to fly. If anyone is making you feel this way its you. Living in a psychological prison of your own making. If anyone is GHETTO-IZING anyone, it’s people like you letting the BETs and other media outlets portray us in stereotypes.”

If Williams is a “plantation slave,” Dash must be the “house slave” — the one that believes she’s part of the family because she works in the home and gets a few less lashes than the other slaves.

Dash has criticized BET on multiple occasions. However, just as she suggests Williams is being used by BET, I argue she is being used by FOX News. She regularly appears on several of the news channels programs consigning their conservative rhetoric and being used as one the network’s handful of “black friends.”

Although she’s exhausting to deal with and it’s easy to drag her online, I actually feel a little sad for her. At some point, we need ask “What happened to you? Who did this to you?” That’s the only conclusion I can come to: something clearly has happened to her in order for her to say and believe the statements she makes. They only makes sense to her and her FOX News cohorts and when she’s challenged with actual facts, she just reverts to the bullet points Bill O’Reilly taught her.

You can read Stacey Dash’s full post regarding Jesse Williams’ speech here. However, you’d be better off by re-watching Williams accept his Humanitarian Award.