GOSSIPONTHIS.COM Hip Hop Watch This Guy Get Iggy Azalea’s Attention to Personally Thank Her for... 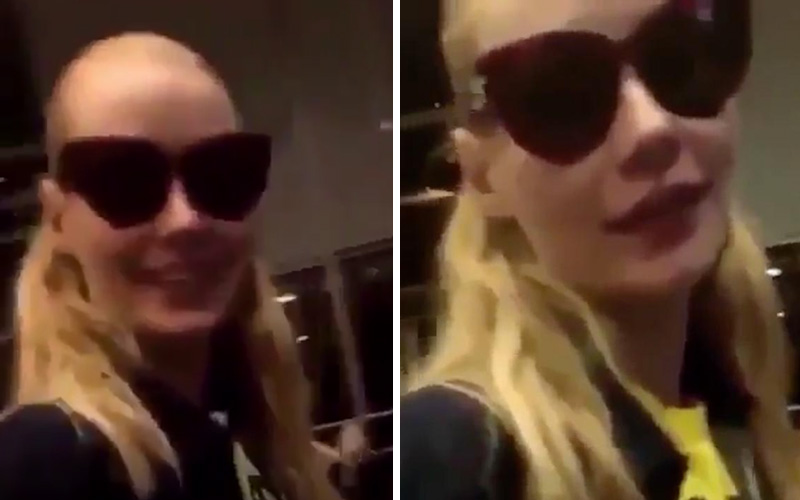 Iggy Azalea is having one rough week. She just revealed she broke off her engagement to Nick Young after catching him cheat on home security camera and, on top of that, she has to deal with haters on a regular basis.

While walking in airport, a fan ran up to her and thanked her for “ruining hip-hop.” After the diss, he ran off laughing, leaving the rapper completely stunned.

Iggy Azalea was confronted by a hater at the airport: "Thank you so much for ruining hip-hop." pic.twitter.com/NgjM0pVryu

The clip is absolutely hilarious. Many have clowned the Iggy’s music online, and I’m sure many have only dreamed of having the opportunity to say something shady to the rapper’s face.

Although Iggy’s contributions to hip hop are questionable — mediocre at best — it’s hard for me to kick her while she’s down. Her personal life is in shambles, her music career is in limbo, and she continues to face constant hate from critics and social media trolls. Iggy looked so disappointed and deflated after the fan delivered his jab.

A lot can be said about Iggy. However, the girl needs a break from all the daggers coming her way. Let’s let her rebound from the past few messy weeks before trolling on Twitter or throwing shady comments.