GOSSIPONTHIS.COM Music Watch Alicia Keys Show Off Her Talent at the BET Awards with... 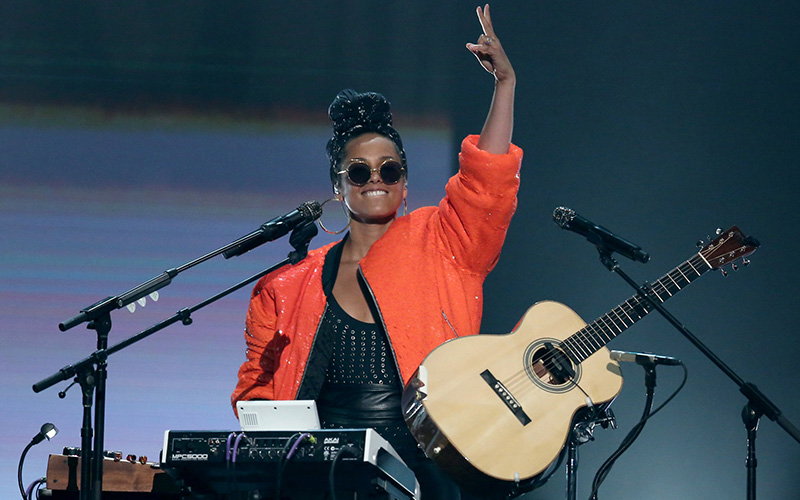 When Alicia Keys hits the stage at an awards show, you have to brace yourself as you never know if you’re for dessert or disaster, to quote Kanye West.

Keys has a penchant for getting on stage and screeching like a cat being skinned alive. She mistakes loud noises emerging from her throat as “killing it,” no matter whether they’re on-key or not.

However, her new single “In Common” plays to Keys’ strengths and has her cooing and gently floating through the melodies. Donning a red bomber jacket (in tribute to Michael Jackson perhaps?) and a do-rag up-do, Alicia alternated between several instruments while she performed at the 2016 BET Awards.

It felt a bit “America’s Got Talent”-ish, but Alicia pulled it off and kudos must be given: Alicia did her thing.

Slightly odd, though, was the fact that Alicia didn’t do some sort of Prince tribute in there. Her and Prince had a personal relationship and she tributed him while she was pregnant and he was alive not too long ago. Maybe BET put a limit on how many Prince tributes could be squeezed into one show.

Watch Alicia Keys perform “In Common” at the BET Awards below.