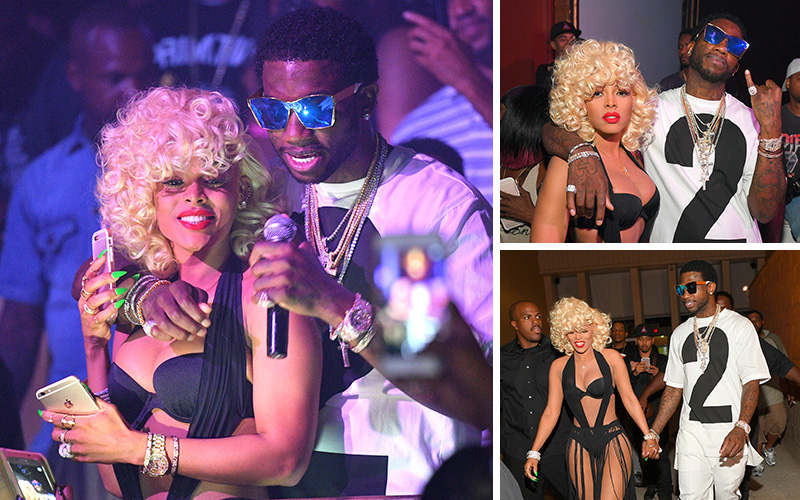 Gucci Mane has been keeping himself pretty busy after since his early release from prison.

He’s already released a few new songs (“First Day Out Tha Feds,” the Drake collaboration “Back on the Road” and he also appeared on Kanye West’s “Champions“) and over the weekend, Guwop returned to Atlanta for his first public appearance and concert since being sprung from jail. With his ride or die girlfriend Keyshia Ka’oir by his side, Gucci was welcomed home with the party he deserves at The Mansion Elan in Atlanta. The rapper performed a slew of hits as fans were shocked by his newly slimmed down appearance, which we peeped on his first day out, but folks are still getting used to it. I'm sorry but I do not like Gucci Mane skinny. He need to get his weight back up, rub his gut and make more trap music.

Check out the photos and video footage from Gucci Mane’s welcome home party in ATL at The Mansion Elan below.