GOSSIPONTHIS.COM Hip Hop Joseline Hernandez and Premadonna Fire Shots at Each Other on Instagram 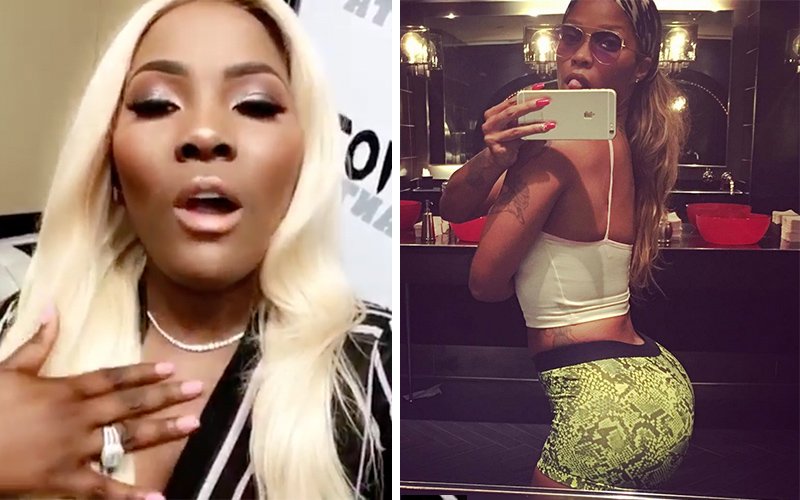 The only thing Joseline Hernandez seems to do better than twerk and host club gigs is get into nasty, ugly, petty fights with other people on social media.

After slaying her husband (at least that’s the title she’s claiming for him) Stevie J on social media, Joseline Hernandez set her sights on Premadonna, her one-time co-star on Love & Hip Hop Atlanta, after Premadonna took offense to some Instagram posts Joseline made saying that women needed to ditch the waist trainers and get out and do real exercise to get the body they desired.

Premadonna felt some type of way about the post and took the comments as a dig at her, since she’s known for selling waist trainers online. So Premadonna was quick to remind Joseline that once upon a time, she co-signed her waist trainers.

Oop! If you thought those receipts that Premadonna pulled would be enough to shut Joseline up, think again. The Puerto Rican Princess started her engines at that point and went straight for Premadonna’s neck.

Premadonna answered Joseline’s challenge with glee and promptly uploaded a photo of her without her wig and her waist trainer, in response to Joseline’s comments.

I'm sorry my naturalness offends ,this is the result of having two kids

But that wasn’t good enough. Joseline challenged Premadonna to take a profile pic, so she knows that it’s real.

At that point, Joseline either logged off or someone on her team wisely advised her to move on, since Premadonna was steady coming with receipts for every diss Joseline had against her.

But Premadonna wasn’t done as she took the beef with Joseline further by insulting her net worth, highlighting her lack of education, calling out the fact that Joseline blocked her on Instagram, and then she went to the radio to bash Ms. Joseline and perform a spot-on imitation of the Puerto Rican Princess.

I WILL ALWAYS BE WEALTHY..TWO DEGREES 😊✌GET YOU SOMETHING TO FALL BACK ON BESIDES YOUR BACK!!

😂 HEY BOO I JUST GOT U A INTERVIEW ON THE @DURTTYBOYZ YOUR WELCOME ,!TELL YOUR MANAGER OR WHOEVER HANDLING YOUR AFFAIRS..You need to come up here but don't waste your ENTIRE INTERVIEW ON THE TELE TUBBY & MY EMPIRE TALK ABOUT YOUR MUSIC OR MARRIAGE YOU KNOW USE THIS BOO!!.. #cokealine

Normally, I give the gold to Ms. Joseline for these social media street fights, but I have to give the L to Joseline this time.

Premadonna countered every single punch effectively and then she chin-checked Joseline over her English, her education and her money. It was a slayful day for Premadonna.

No tea, no shade, Joseline, but you’ve gotta take the L on this one, mami.