GOSSIPONTHIS.COM Pop Culture #GirlIGuessImWithHer: The Hilarious Hashtag for Those Who Are Settling for Hillary Clinton 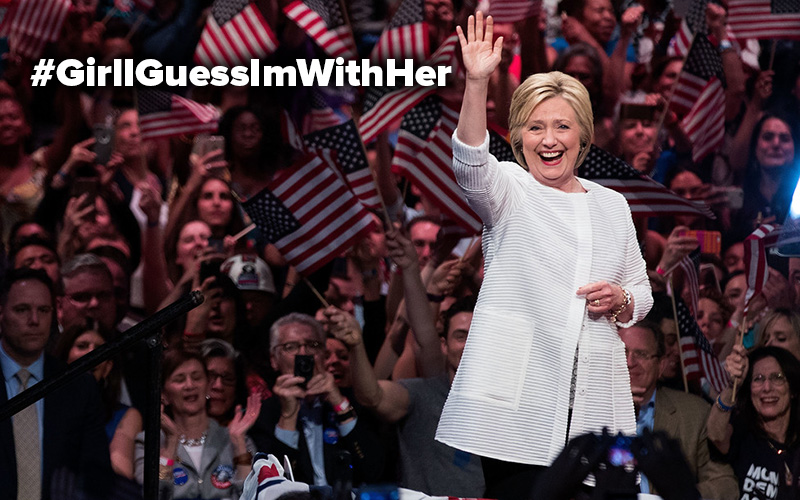 Black Twitter, an brigade of soldiers armed with mobile apps, GIFs and 140 characters has created yet another another hilariously perfect hashtag: #GirlIGuessImWithHer.

Clinton, a candidate backed by some prominent Black women such as R&B artist K Michelle and media maven Karen Civil, has not been well received by a majority of women of color. Clinton would be the first female candidate to be the residential nominee of a major political party, and her supporters have shown their allegiance to the candidate using hashtag #ImWithHer. The ultra shady #GirlIGuessImWithHer was soon to follow.

#GirlIGuessImWithHer sums up the feelings many voters have this election.

The creator of the hashtag, Twitter user @MADBLACKTHOT, is now advertising t-shirts with the underhanded Clinton support: “For every1 who despises Trump but isn’t sold on Hillary, this is 4 u.”

While the hashtag was used and enjoyed by Twitter of all races, Black Twitter has made it clear that they would rather settle for a “President Clinton” than let “he who shall not be named” win the election.

Check out some of the best #GirlIGuessImWithHer tweets below.

When I don't see Bernie on the ballot in November #GirlIGuessImWithHer pic.twitter.com/ylSN34wavv

Me being led to the polls in November #GirlIGuessImWithHer pic.twitter.com/wPPjNj0SaU

Girl, I guess I’m with her.