GOSSIPONTHIS.COM Entertainment #TonysSoLIT: The 2016 Tony Awards Will Be Blacker Than Ever 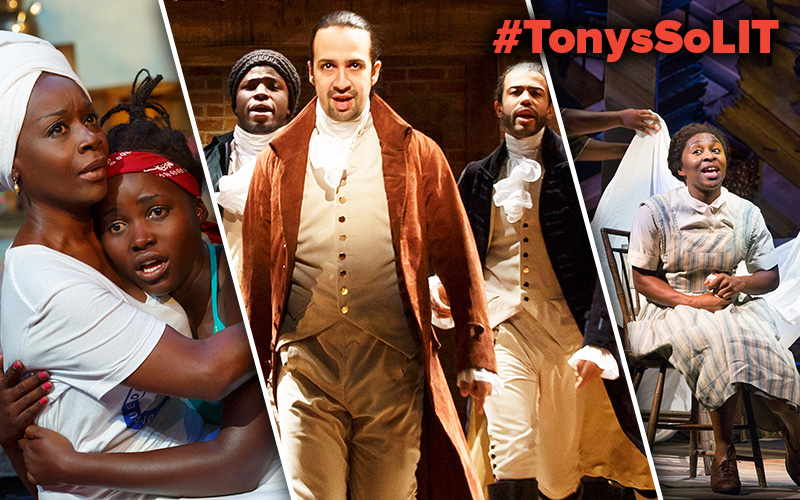 The 70th Tony Awards are upon us. Whether you’re a musical fanatic or have never even seen a stage production, you don’t want to miss this year’s ceremony. In addition to the sheer talent Broadway has to offer, the 2016 Tonys will be one of the most diverse award shows in recent years.

The 2015-16 Broadway season featured many shows with predominantly black casts or people of color, such as The Color Purple and Shuffle Along. Oscar winner Lupita Nyong’o made her Broadway debut in the critically acclaimed Eclipsed. Written by The Walking Dead star, Danai Gurira, the play tells the stories of five Liberian women as they survive the Second Liberian Civil War. It became the first play with an all-black female creative team and cast to debut on Broadway.

However, the show that took Broadway by storm was Hamilton. You seriously couldn’t get away from hearing about this hip-hop musical by Lin-Manuel Miranda. Though it’s about the life of American Founding Father Alexander Hamilton, the groundbreaking production features people of color portraying white historical figures. Puerto-Rican Miranda portrays Hamilton, while African-American Leslie Odom Jr. plays third Vice President and Hamilton’s killer, Aaron Burr. Both performers are nominated in the Lead Actor in a Musical category.

With 16 nominations, Hamilton is the most nominated production in Tony history. It even won a 2016 Pulitzer Prize for Drama. Mind you, this is a HIP-HOP MUSICAL.

In addition to Miranda, Nyong’o, and Odom’s nominations, 11 other people of color are nominated in performance categories. In fact, for the first time ever, all four musical performance awards could go to people of color. This is extremely important in an award season that has highlighted the lack of diversity in Hollywood. #OscarsSoWhite criticized the Academy Awards for all white nominees in the acting categories, and in recent weeks, we’ve seen two white female actors cast to portray characters of Asian descent in films.

Broadway has typically been more diverse in casting than in TV/Film. However, the 2015-16 season and the Tony Awards truly shows the contributions people of color can—and do—make to the performing arts. Representation matters and it shouldn’t be dismissed or go unrecognized with an “it doesn’t sell” excuse.

If anything, the criticism over the past few months has shown that audiences want more diversity and inclusiveness in entertainment. Popular shows like Black-ish and Fresh Off the Boat are representative of this. Casting news of Michael B. Jordan and Nyong’o joining “Black Panther”—the upcoming Marvel film starring the first leading Black superhero—even made #BlackPantherSoLIT a number one trending topic.

Given how this Awards Season has played out, let’s celebrate #TonysSoLIT!

The 70th Tony Awards will be presented live June 12th at 8PM on CBS with James Corden as the host. I’m hoping for a historic night for people of color and many memorable performances and speeches. 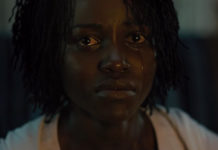