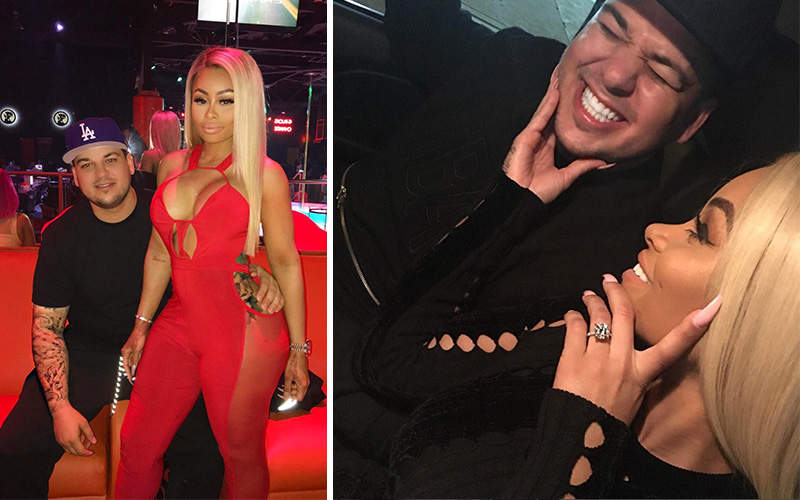 When news first broke of Rob Kardashian and Blac Chyna getting together, the Internet at large licked its chops in anticipation of reality TV gold. The baby mother of Kylie Jenner’s then-boyfriend Tyga, dating Kylie’s brother Rob Kardashian? It was a plot twist too dastardly to NOT be on reality TV.

Well, the reality TV gods have heard our cries and our wishes have been granted: Rob and Chyna are OFFICIALLY getting their own reality TV show, reports E! Online.

However, it won’t overtake the main mothership, Keeping Up with the Kardashians. Rob & Chyna, as their show will be called (at least for now), is a six-episode “docu-series” that will then be followed up with a special on the birth of their soon-to-be-born child.

E! is excited to announce the new six-episode docu-series Rob & Chyna (working title), which will follow the whirlwind romance of Rob Kardashian and Blac Chyna. Each one-hour episode will follow the lovebirds from their engagement to Chyna’s pregnancy, and everything in between.

The exciting television event will culminate with a separate special at a later time celebrating the birth of their first child together (AKA the newest Kardashian!).

Rob & Chyna, which is produced by Ryan Seacrest Productions and Bunim/Murray Productions, premieres on E! later this year. Rob and Chyna will serve as co-executive producers on the show.

Let’s hope that Rob and Chyna’s wacky relationship translates into reality TV entertainment as well as it has on social media.