GOSSIPONTHIS.COM Music Watch Britney Spears Sort of Get Her Groove Back at the Billboard... 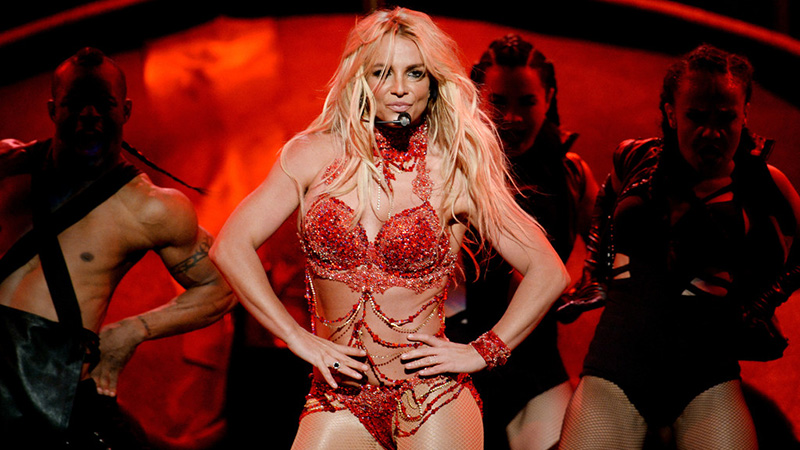 Back in her heyday, Britney Spears was that chick. Ya heard me?

Britney had body, sass and sex appeal for days. As a vocalist, she was certainly no Christina Aguilera, but that statement is both a compliment and a diss.

While no one will deny that Christina’s got golden pipes, Aguilera has used her instrument like a sledgehammer, pounding her listeners into submission with her yelping and hollering. Britney, on the other hand, has preferred to coo and breathily moan her way to pop star fame and glory.

And truthfully, what Britney lacked in vocal prowess, she made up with her ear as she has a catalogue full of hits that are bound to please any millennial crowd. And back in her heyday, Britney Spears could dominate the shit out of a stage, lip synching and all.

That all changed back in 2007 when lost her mind and gave the world one of her worst live televised performances at the VMAs. Here’s the good news: Britney’s “comeback” performance (if you’re asking “Come back from what?”, I’m talking about that god awful Britney Jean era that we all would prefer to pretend never happened) at the 2016 Billboard Music Awards was NOT anywhere near the level of bad that was the 2007 VMAs. No, she’s not back at 2001 VMAs level either, but let’s face it: She’s never going to get back to that level.

However, there were genuine moments of spark, snap and life that Britney gave during her medley, which included some bold and daring choices. You have to be a true Britney fan to appreciate the deep cuts that Britney pulled out, which include “Touch of My Hand” and “Breathe on Me” from the underrated In The Zone album. But “I Love Rock ‘n’ Roll” we could’ve just done without, though the dry humping on the giant glittery guitar was quite nice.

Watch Britney put in that work with her opening performance from the 2016 Billboard Music Awards below.