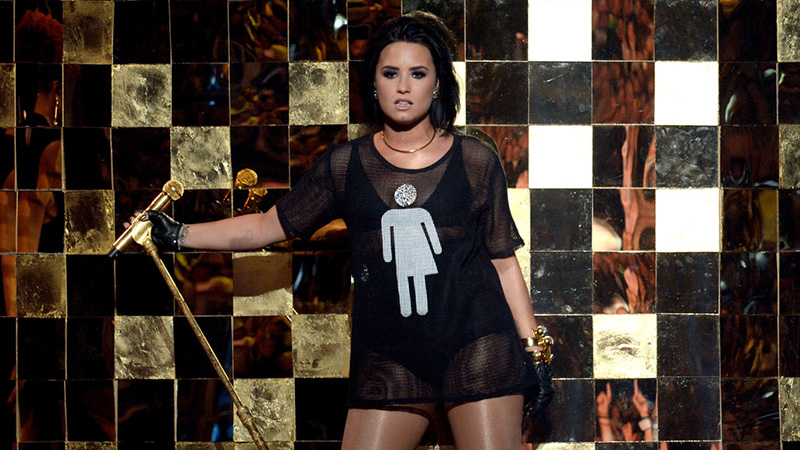 Back in April, Demi Lovato made a huge statement in support of transgender rights by canceling her and Nick Jonas’ tour dates in North Carolina in protest of the state’s infamous “bathroom law.”

But did she use her 2016 Billboard Music Awards performance Sunday night to make an even bigger statement?

At her performance during the Billboard Music Awards Sunday night, Lovato donned a bedazzled black shirt with the gender inclusivity symbol (a bathroom symbol depicting half a man and half a woman) and sang her 2015 hit Cool for the Summer in front of what looked like an artist’s rendering of yellow and black bathroom tiles.

The subject matter of her song Cool for the Summer also speaks to LGBT exploration and bi-curious flirtation.

Lovato and Jonas cancelled their Honda Civic Tour: Future Now shows in Raleigh and Charlotte, N.C., to protest the “bathroom bill,” which is widely believed to be discriminatory against gays and transgender people.

“One of our goals for the tour has always been to create an atmosphere where every single attendee feels equal, included, and accepted for who they are,” Lovato wrote in a statement on Twitter that was signed by both her and Jonas.