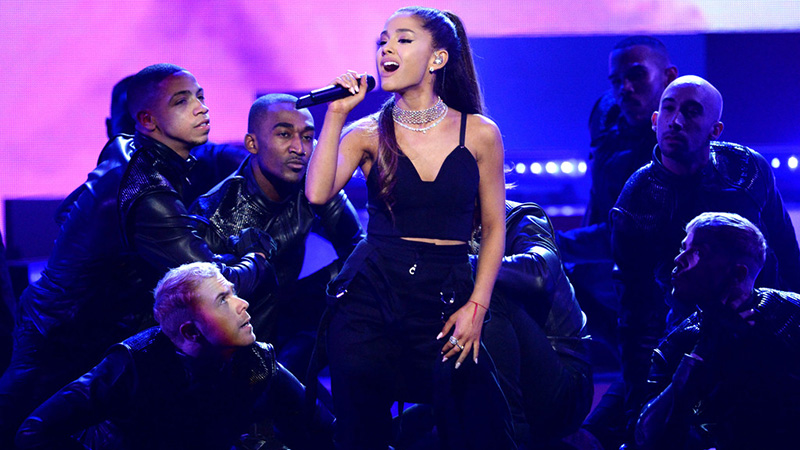 Fresh off the release of her third album Dangerous Woman, Ariana Grande took to the 2016 Billboard Music Awards stage to perform two cuts from the project.

After singing a small portion of her new album’s title track, Grande launched into a electrifying live debut performance of her new single “Into You.”

Earlier in the evening, Ariana tripped up on the red carpet, but managed to make a nice recovery into the arms of E! News reporter Sibley Scoles.

“I almost broke my ass,” Ariana joked. “Can we rewind? But that pony! You gotta make it work.”

Fortunately for her, she didn’t fall during her performance. Check it out below.