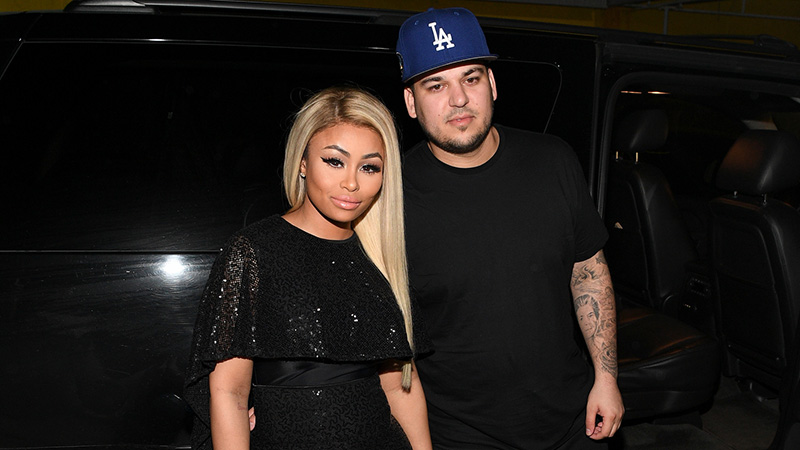 So the rumors about Blac Chyna being pregnant are true after all.

Chyna revealed via Instagram on Friday (May 6) that she is toting a gut full of her fiance Rob Kardashian‘s seed.

Chyna posted an emoji of herself with a huge baby bump on her account.

Rob also shared the baby news with his followers.

Sources close to the couple tell TMZ that Chyna is “several months along” in the pregnancy and that she and Rob are both super excited.

This will be Rob’s first child and Chyna’s second. Chyna already has a 3-year-old son named King Cairo with her ex-boyfriend Tyga, who is currently dating Rob’s little sister Kylie Jenner. If Kylie and Tyga decide to get married, King Cairo and his new brother or sister will also be first cousins.

Rob and Chyna started dating back in January and just last month announced that they are engaged.

A few of the couple’s family and friends have responded to the news on social media and so far they all seem to kinda approve.

Blac Chyna’s mom Toyko Toni expressed her excitement in a video she posted to IG.

“I just got off the phone with my daughter and soon to be son-in-law and they told me I’m about to be a grandma. I’m super excited for them and I can’t wait for this new addition to the family,” she said. “As well, I’d like to congratulate the other side of the family, which are the Kardashians and the Jenners. Congratulations, guys. We’re having a baby!”

There’s also a couple of screenshots captured by The ShadeRoom showing Kim Kardashian liking both Rob and Blac Chyna’s announcement on IG.

The Kardashian-Jenner family tree is about to get real complicated.