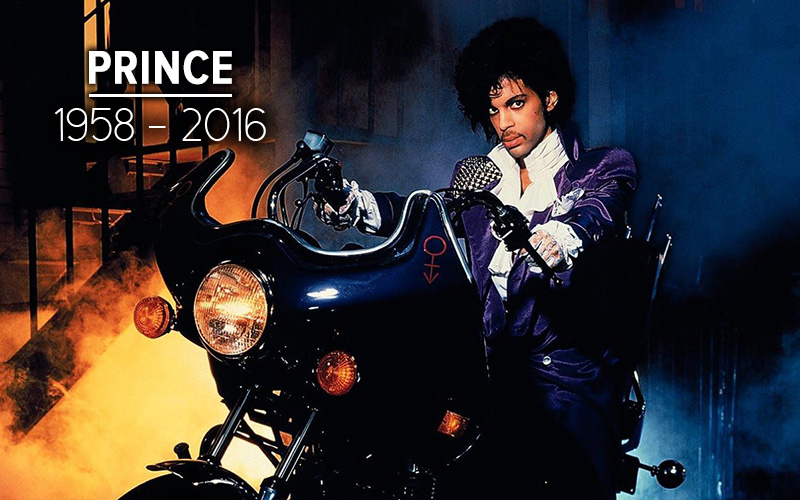 The world has lost another music legend.

Prince, the legendary artist known for hits such as “Purple Rain,” “When Doves Cry,” “Let’s Go Crazy” and “Little Red Corvette,” among many others, has died at the age of 57.

Following several media reports, his publicist confirmed the sad news in a statement:

“It is with profound sadness that I am confirming that the legendary, iconic performer, Prince Rogers Nelson, has died at his Paisley Park residence this morning at the age of 57.”

Details regarding how he died have yet to be released, but TMZ, who broke the news of Prince’s death first (citing “mulitple sources”), reported that police had responded to a 911 emergency call this morning around 9:45 a.m. at the musicians’s Paisley Park compound in Chanhassen, Minnsesota, where his body was discovered.

Prince was hospitalized with the flu last week after a plane was flying in was forced to make an emergency landing in Illinois. The very next day, he was spotted riding a bike near his home and his official Twitter account posted a flyer advertising a dance party.

At a concert following his hospitalization, Prince reportedly told his fans, “Wait a few days before you waste any prayers.”

Considered one of the most iconic artists in music history, Prince became an international superstar in the early 1980’s after his breakthrough fifth studio album 1999.

His most successful album was Purple Rain, which went on to achieve major worldwide success and multi-platinum certification from the RIAA.

Prince has sold over 100 million records worldwide, which makes him one of the best-selling artists of all time.

He’s won 7 Grammy Awards, a Golden Globe and an Academy Award for Best Original Score for Purple Rain. In 2004, he was inducted into the Rock and Roll Hall of Fame, and Rolling Stone ranked him #27 on their list of 100 Greatest Artists of All Time.

Prince was married twice. His first wife was his backup dancer Mayte Garcia and in 1996, they had a child — a son they named Boy Gregory — who was born with a rare disorder called Pfeiffer syndrome and died a week after birth. Following his divorce from Mayte in 1999, Prince got married again to Manuela Testolini, who filed for divorce in 2006.

Last month, Prince confirmed that he was writing a memoir set to be published next year.