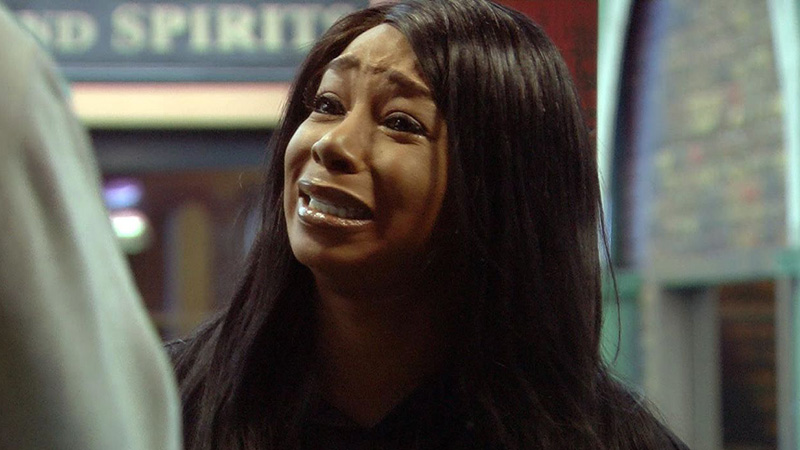 On this week’s Family Therapy with Dr. Jenn, it was revealed that Tiffany Pollard a.k.a. “New York” was pregnant with her first child.

While Tiffany seemed to be shocked and excited by the news, her mother Sister Patterson threatened to take her baby away from her after she gives birth.

But what we didn’t know is that Tiffany suffered a miscarriage four months into her pregnancy while she was still shooting scenes for Family Therapy.

Tiffany’s miscarriage also came weeks before she appeared on Celebrity Big Brother. According to UK newspaper The Sun, Tiffany spoke on her loss in unseen footage before she entered the house.

A source close to Tiffany told The Daily Star that the former “I Love New York” star is handling the miscarriage well, though it was extremely hard for her at first.

“She was understandably heartbroken when it happened,” the insider revealed. “It was a really tough time for her but she is a strong woman and she faced it with amazing courage.”

Tif’s friend also said she planned on talking about the ordeal while on CBB in an effort to inspire other women who’ve also suffered miscarriages.

The Sun also reports that close friends of Tiffany are concerned that her CBB”cast mate Kristina Rihanoff’s announcement to the house that she is expecting a child with her boyfriend Ben Cohen could possibly remind her of what she went through and make it hard for her to cope on the show.

“Tiffany was hoping her time in the house would take her mind off what has happened. But Kristina’s announcement is likely to bring back memories of one of the toughest things she’s ever had to deal with,” one source said.