GOSSIPONTHIS.COM TV Rob Kardashian Returns in “Keeping Up with the Kardashians” Season 12 Trailer 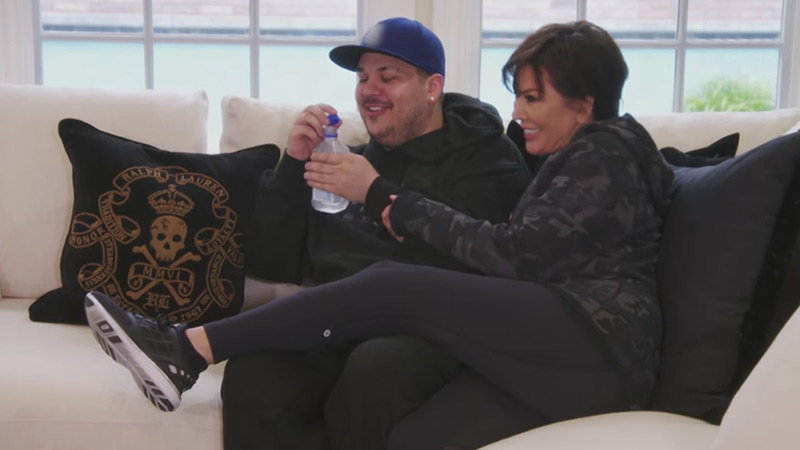 After ducking and dodging the reality cameras for a spell, Rob Kardashian is back and in the mix for Season 12 of his family’s long-running reality series Keeping Up with the Kardashians.

In the trailer for the upcoming 12th season, we see Rob make a brief appearance as his mother hugs and squeezes him as she squeals, “Welcome home!!!”

Watch the trailer for season 12 of Keeping Up with the Kardashians below.

Judging by his heavier appearance, this was filmed pre-Blac Chyna. Since linking up with Blac Chyna, his little sister Kylie’s boyfriend’s baby mama, Rob Kardashian has fallen in love and dropped some serious weight.

In the words of Rob’s bro-in-law Kanye West, “Blac Chyna fuckin’ Rob, help him with the weight.”

There’s no word on whether Rob and Blac Chyna’s romance will play out on the show. If Kris Jenner is smart, the drama that BlacRob’s union has caused in the family will play out for our entertainment in front of the cameras.

Either way, are you excited for the next season of Keeping Up with the Kardashians?