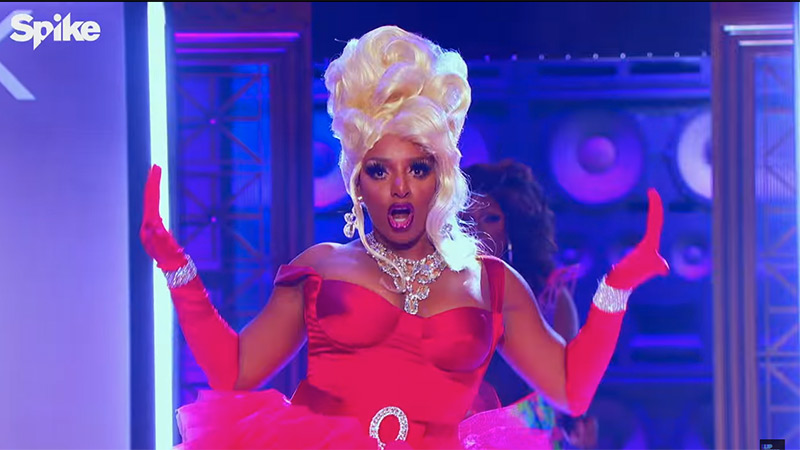 One of the most common insults hurled at Real Housewives of Atlanta‘s original bad bitch, NeNe Leakes, is that she’s a drag queen. With her towering height, her imposing football player build and her boorish ways, it’s easy to see why people sometimes feel like she’s really a dude in a dress.

Well, Mrs. NeNe Leakes decided to give you bitches what you’ve been asking for. In her Lip Sync Battle against Todd Chrisley, NeNe decided to pay homage to RuPaul and performed a damn near flawless tribute to legendary drag icon.

Unfortunately, you’ll have to suffer through Todd Chrisley’s seriously awkward impersonation of Shania Twain’s “Man, I Feel Like a Woman,” first, but NeNe’s RuPaul sendup is worth the wait.

Watch NeNe sashay and chanté all over your feelings below.

No tea, no shade, NeNe Leakes is probably the best person to play RuPaul if VH1 ever decides to do a biopic of his life. Not only did NeNe nail the swagger and the mannerisms of RuPaul, but let’s be honest, she actually LOOKS like RuPaul from head to toe.

The only difference is that NeNe’s titties are real and Ru’s ain’t. Werk it, NeNe!