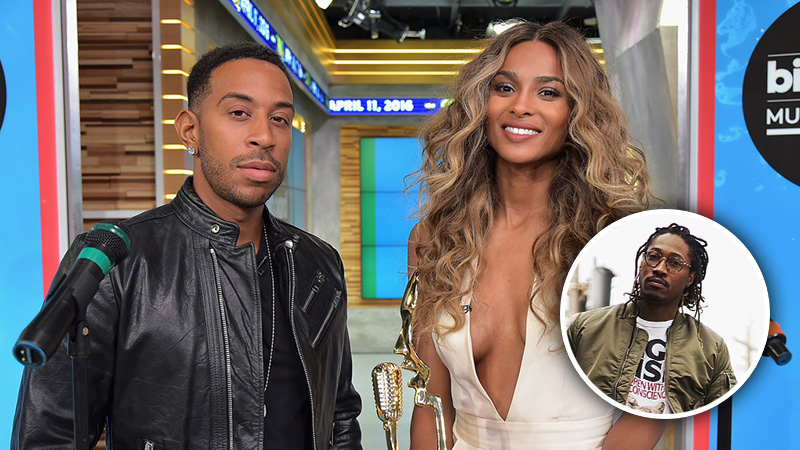 Hell hath no fury like a baby mama scorned.

Ciara may have once been well known for her catchy R&B hits like “Ride,” “1,2 Step” and “Promise,” but these days she’s more known for who she’s dating (Seattle Seahawks quarterback Russell Wilson, her fiance) and who she’s dated (Future, her baby daddy).

While Ciara’s music career remains firmly on life support, (what kind of artist tells her fans she’s canceling a leg of her tour so she can focus on her new album?) she’s remained incredibly visible thanks to paparazzi shots, red carpet appearances and hosting duties.

Her latest hosting duty was alongside Ludacris, her one-time collaborator on her hit song “Oh,” as they announced the nominees for the 2016 Billboard Music Awards on Good Morning America Monday morning (Apr 11).

Everything was going peachy keen right until they got to the Best Rap Artist category, which counted her ex-fiance Future among the nominees.

Ciara, who is currently suing her ex for defamation, refused to speak Future’s name when it came time to do so during the broadcast and poor Ludacris had to scramble to fill the awkward silence as it all went down on live television.

See Ciara got her petty hanging ALL THE WAY OUT. She went and pulled a Mariah Carey on Future’s ass and basically said: “I don’t know her.”

While the shade was cute for a laugh or two, the fact still remains that Ciara is up there hosting the nominations for a music awards show while her ex is nominated. So who’s really got the last laugh here?