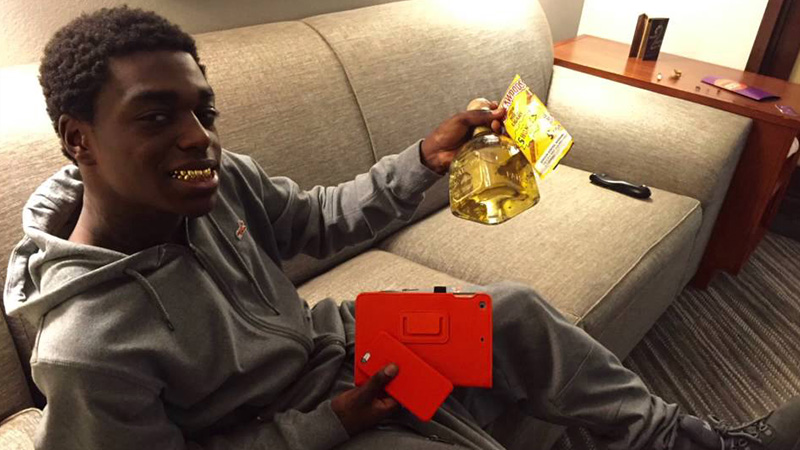 Kodak Black may want to think twice before he tweets from here on out.

On Tuesday (Apr 5), the “Like Dat” rapper was blasted on social media after he tweeted that he was “better” than Tupac and Biggie.

Fans and Hip Hop heads immediately clapped back at Kodak over his ridiculous claims.

@KodakBlack1k Pac in Cuba just laughing at you like… pic.twitter.com/arJriTL1Kk

They even got Kodak with his own meme.

There were, however, a few (we can literally count them on our hand) delusional folks who agreed with Kodak and his claims that he’s better than Pac and Biggie.

Kodak (and his confused fans in the tweets above) could easily be simply trolling for attention, but if Kodak is really serious, then he’s going to have to put out some of the hottest ish we’ve heard in over two decades to back up those outlandish claims of his.

Check out some of Kodak Black’s music videos below and let us know if you think he’s better than Tupac and Biggie.