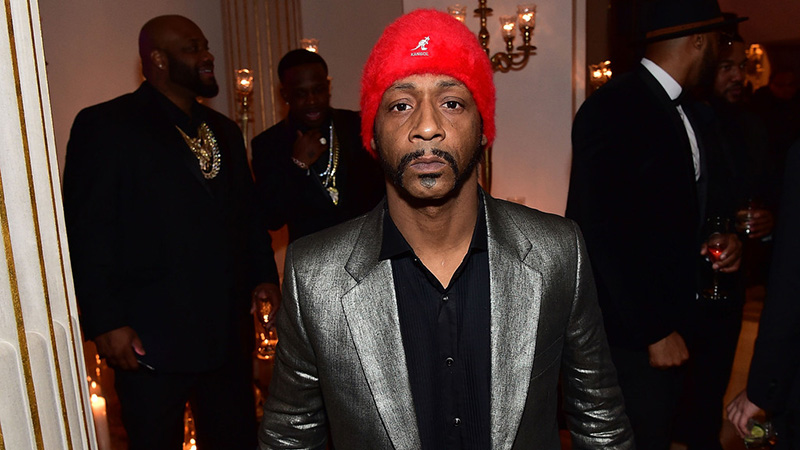 What the f**k is going on with Katt Williams?!?

Before the troubled comedian was arrested in Georgia after punching a pool supply store employee in the face, he allegedly held five women in Atlanta at gunpoint and then robbed them. According to Hale, Katt and a gang of 15 people (purportedly members of his entourage and security team) attacked and stole cellphones from five women visiting Atlanta for the weekend.

Hale also criticized Atlanta police for failing to adequately investigate the incident. “The police should have conducted a thorough investigation,” Hale said. “They should have retrieved these young ladies’ cellphones at the very least.”

The alleged incident began about 2:30 a.m. Sunday, when Salena Boston and a group of friends spotted Williams walking near West Peachtree and 3rd streets, according to an Atlanta police report.

Boston said they approached the comedian, whose real name is Micah Williams, and he agreed to take a photo with them.

When one of the women with Boston began filming Williams, he got angry and started fighting them, according to the report. Boston told police Williams punched her, pointed a gun at the group and took the women’s cellphones at one point.

According to the police report, Williams refutes Boston’s account of what happened. He said the group of women started harassing, filming and taking pictures of him without his consent.

They then “became irate” and snatched a chain from his neck, which led Williams to start a fight with the group, according to the report.

His security team saw what was happening and allegedly approached the women. At one point in the incident, one of the women said “she was going to her car to get something to pop somebody,” Williams told police.

A member of Williams’ entourage then took a firearm out and sat it down on a concrete post, according to the report. Police later arrived and handcuffed Williams but made no arrests.

“Upon responding to the scene, the officers were not able to determine what occurred due to conflicting testimony by all parties and a lack of an independent witness,” Atlanta police Sgt. Warren Pickard said. “Based on the information they had in real time and the totality of the circumstances, the officer used their discretion to not arrest anyone on the scene.”

Pickard said the incident is still under investigation.