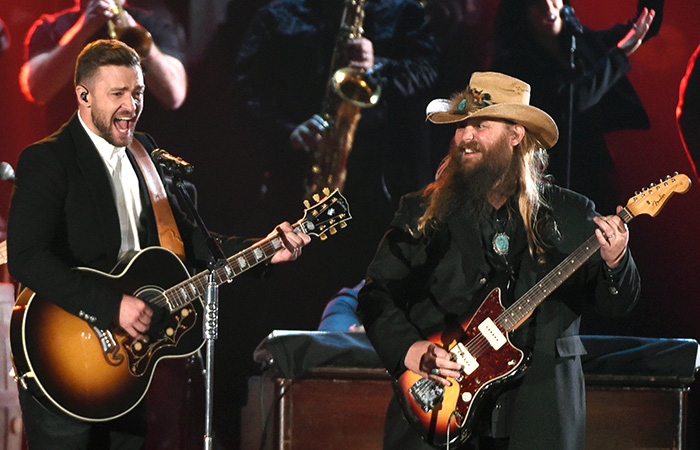 Both singers just so happen to be Tennessee natives (Justin is from Memphis and Chris is from Nashville), and the duo repped their respective hometowns as they joined forces on Stapleton’s “Tennessee Whiskey” and Timberlake’s “Drink You Away.”

Timberlake is reportedly a big fan of Stapleton and has tweeted his love for him in the past, so the up and coming country music singer thought it’d be a great idea to ask JT to perform with him at the CMAs … and boy, was he right.

“We had these nominations and thought we were gonna get, maybe, a slot to perform,” Stapleton told ABC News before the show. “So I called him up and asked him if he’d be interested in doing it and he was like, ‘Yeah man, I’m in. Just tell me when to show up.’ So here we are, we’re gonna do it!”

Watch Justin Timberlake and Chris Stapleton slay the 2015 CMAs below: