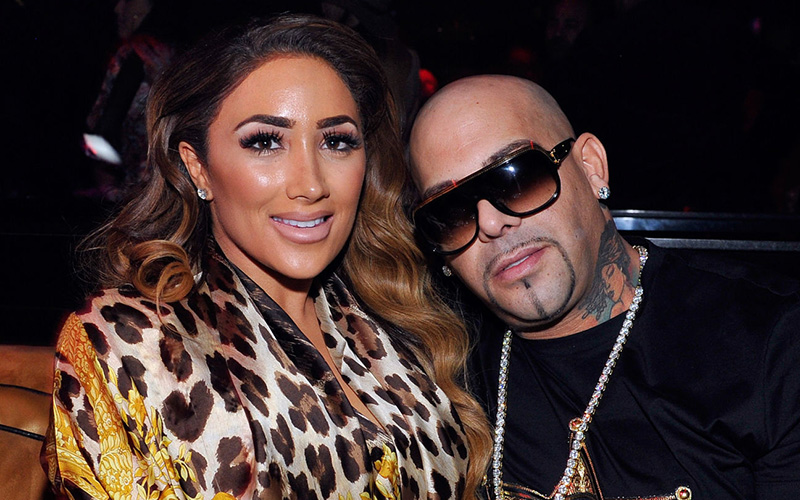 A sex tape featuring “Love and Hip Hop Hollywood” stars Nikki Mudarris and Mally Mall has hit the Internet, and it’s everything you could imagine.

In the footage, Nikki gets banged doggy style by Mally Mall (who never shows his face on the camera) while Future’s “Thought It Was A Drought” plays in the background.

It goes without saying that the clip is definitely NSFW, but if you wanna check it out, you know where to find it.

Since the tape’s leaking, Nikki tweeted that the tape was recorded without her consent or knowledge.

She also makes it clear that Mally Mall leaked video to make her look bad.

Miserable people I tell you.. They go to new extremes of LOW.

Can't trust anyone not even a man you were Sleepin with. People are so malicious to harm you & fuck up your brand in anyway. Smh. God got U

You will never WIN being evil.

I would NEVER leak a tape of me intimately that I didn't even know was being made. I'm at a loss as everyone else. This is completely out of

My hands and was never willingly authorized. Moral of the story. NEVER sleep with your enemy. They will do whatever to hurt you. Smh

Never fuck w a lame who ain't got shit to lose

I really wanted to ignore this but since everyone is asking I’ll make this publicly known. This was a total violation of my privacy. I wasn’t aware this would be public and even more shocked that the world was able to see me in an intimate moment, this was someone I was in a relationship with in our personal moment in our home. This is beyond embarrassing and hurtful. I would never consent to doing such a thing and let it be open to the world to see, clearly I was intoxicated as you can see in my face. But let me warn you, ladies.. Be careful who your sleeping with, he may be your enemy… I can’t even explain the feeling but things will be dealt with. Evil people never prevail. This was someone I once trusted/confide in and it just really opens your eyes to be careful who you’re with and what you do. You may say your piece but we know who had that in possession and who did what. I rest my case peacefully.