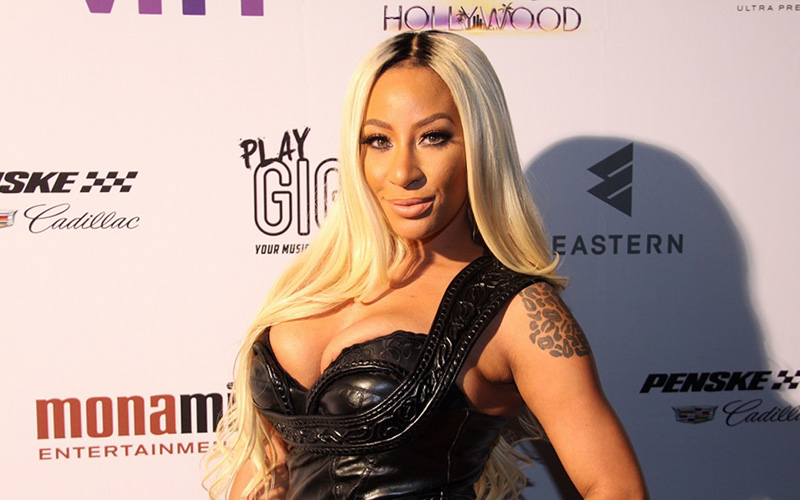 After embarrassing herself on national television by being a walking doormat for Yung frikkin Berg for an entire season, aspiring rapper Hazel-E is apparently done with the drama that comes from starring on a popular reality show.

Hazel revealed on Twitter last Wednesday (Sep 16) that she had “just quit” Love & Hip Hop Hollywood in an announcement that came just a few weeks after VH1 premiered the show’s second season, which is likely still in production at this moment.

“I just quit #LHHH. I’m sorry to everyone who came out but I’m not #Desperate for anything,” she tweeted.

She added in another post Thursday, “When you feel like you’re over qualified, and not being respected as you should be, it’s time to go.”

When you feel like your over qualified, and not being respected as you should be, it's time to go, my man told me baby your #Priceless ?meow

So did Hazel just up and leave in the middle of shooting a scene? Or has the show already wrapped and she’s already choosing not to do a third season?

It’s tough to say, as we’re not privy to Love & Hip Hop Hollywood’s shooting schedule, but, without going into too much detail, Hazel somewhat explained the reasoning behind her decision.

“I’m a positive person & that was starting to change,” she tweeted Thursday (Sep 17). “I won’t loose my soul to this game, God would be disappointed in me, I only answer to Him.”

She called the popular reality series a “freak show” in another tweet and advised her fans to remain their true selves, saying she’ll explain herself further when she’s ready because “you know the gag order comin.”

I'm a positive person, & that was starting to change.I won't loose my soul to this game,God would be disappointed in me,I only answer to Him

And only people that don't know me or my real resume would thinkI'm a fool for quitting a freak show, If I can dream I accomplish it..#facts

Don't make anyone or anything turn you into something your not, I'll explain when I'm ready, you know the gag order comin ?

Responding to a user who called her presence on the show “corny,” Hazel said that was the “point” of her quitting. “And I would think the same on the outside looking in… time to stop being a clown! I’m not the joke anymore,” she wrote.

And I would think the same on the outside looking in, my point, time to stop being a clown! I'm not the joke anymore https://t.co/ECyHB3sa1j

None of Hazel’s co-stars have spoken about her withdrawal from the show, and it isn’t clear how her abrupt exit from the show will affect the rest of the season and the reunion.

When asked if she would show up to the reunion, she said, “Good question…” but never responded to the question directly.

In a post on Instagram, the rapper commented again on her departure from the show, writing, “Today I decided I didn’t want to be in the circus anymore & retired my clown wig.”

Hazel-E hasn’t had much screen time this season, but in multiple teaser trailers released before the Season 2 premiere earlier this month showed the rapper crying with bandages on her face after injuring her nose in an ATV accident while in Dubai (which, by the way, Masika says is a lie and simply a publicity stunt so she could get a nose job without people questioning why her nose looks different later).

Another clip from the an upcoming episode (set to air next week) shows Hazel getting a drink tossed in her face, Jennifer Williams style.