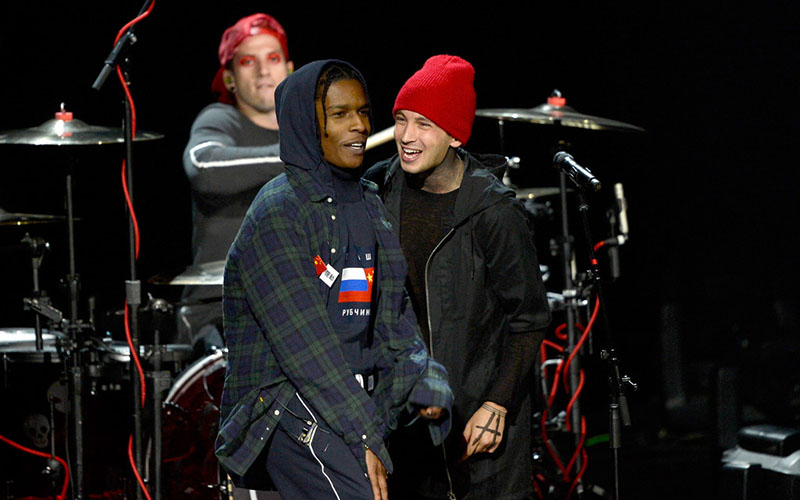 Twenty One Pilots and A$AP Rocky teamed up for an electrifying performance at the 2015 MTV VMAs last night.

With colorful lasers beaming throughout the Microsoft Theater and what appeared to be money flying in the air, the rapper and band joined forces, hyping up the crowd in true rockstar fashion.

A$AP joined Twenty One Pilots for a medley of “HeavyDirtySoul” and “Lane Boy” from the Ohio rock duo’s latest album ‘Blurryface’ before switching things around and performing “M’$” and “L$D” from Rocky’s latest album ‘Long.Last.A$AP.’