GOSSIPONTHIS.COM Music The Weeknd Plays with Fire at the 2015 MTV VMAs in “Can’t... 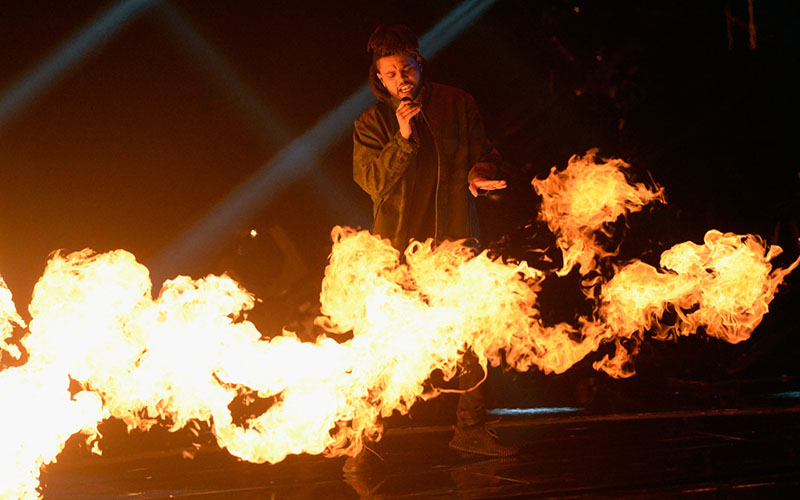 The singer’s performance was a lot similar to his video for the song. He jumped up and down a lot like a kid throwing a temper-tantrum as fiery flames appeared in the background. (Whoopity damn doo!)

Not to say The Weeknd didn’t do a decent job (his vocals were on point), but lately everything he does is the same thing over and over again.

At least Kanye West and Taylor Swift (who were both spotted dancing in the audience) seemed to approve.