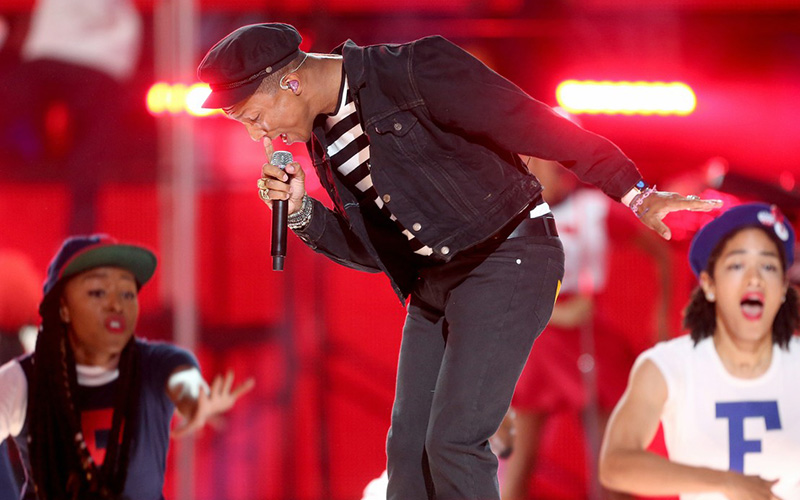 Backed by dancers dressed in red white and blue, Pharrell Williams (wearing black and white) took over the outdoor stage at the 2015 MTV Video Music Awards Sunday night (Aug 30) with an empowering performance of his hit song “Freedom.”

Watch Pharrell turn up in his “Freedom” performance at the 2015 MTV Video Music Awards below:

Pharrell also performed “Come Get It Bae” in an unaired clip. Check that out here:

Come get at this bonus performance from @Pharrell at the #VMAs http://t.co/wKjsaTHxUc