GOSSIPONTHIS.COM Music Miley Cyrus Closes Out the 2015 MTV VMAs with Wacky Performance of... 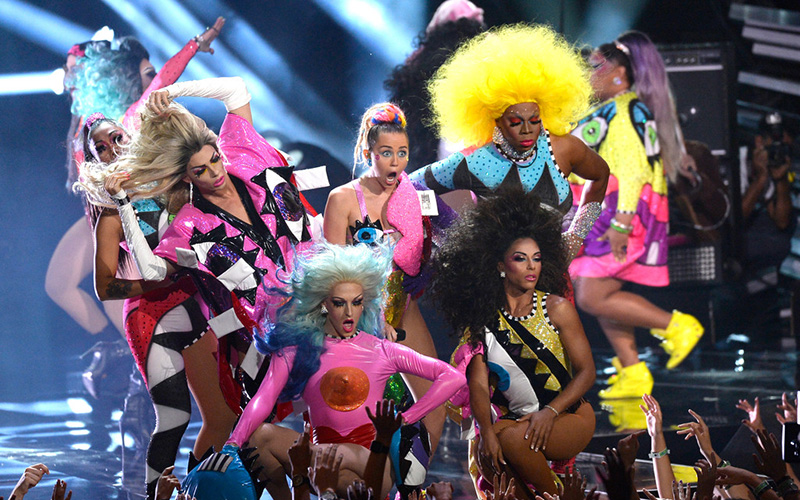 Miley Cyrus capped off her 2015 MTV VMA hosting gig with a wild and crazy performance of a brand new song of hers called “Dooo It.”

Joined by former contestants of RuPaul’s Drag Race and The Flaming Lips, Miley closed out the Video Music Awards in a way that only Miley could — a colorful surprise performance featuring drag queens, tongue-flashing, twerking, confessions of her love of smoking pot, and long, phallic confetti cannons placed between her legs.

At the end of her “surprise” performance — which, let’s be honest, we all knew was going to happen — Miley announced a brand new surprise album, ‘Miley Cyrus & Her Dead Petz,’ which is available online for free.

According to Rolling Stone, the 23-track LP features guest appearances from Big Sean, Ariel Pink and Phantogram’s Sarah Barthel, as well as production from Mike Will Made It and Miley herself.

Watch Miley Cyrus close out the 2015 MTV VMAs with her new song “Dooo It” below: