GOSSIPONTHIS.COM Music Demi Lovato Performed with Iggy Azalea at the 2015 MTV VMAs, and... 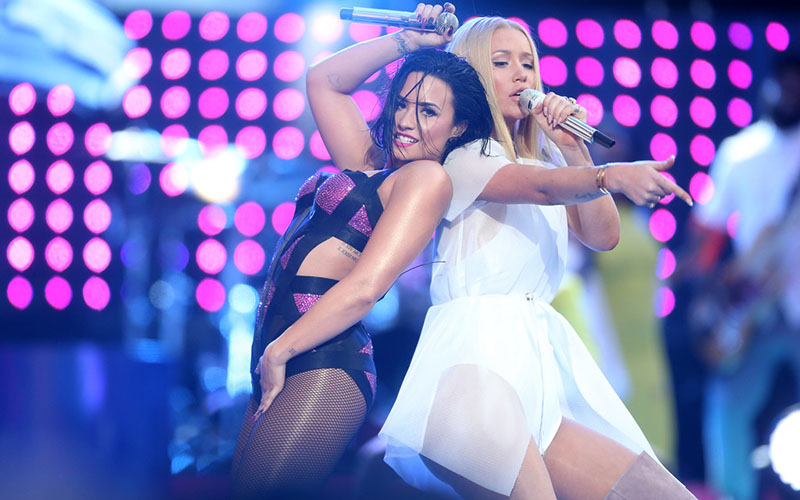 The pop singer’s performance of her single “Cool for the Summer” consisted of male back-up dancers dressed in neon speedo outfits, beach balls and confetti flying everywhere, and Lovato rocking it out in a rotating inflatable pool.

Demi also surprised the audience by bringing Iggy Azalea onstage to rap her verse to the song’s remix, which was met with a lot of WTF’s on Twitter.

When I saw iggy on stage pic.twitter.com/v4aEcl3X7J

I love how music can take you to another place. For instance, Demi/Iggy just came on the #VMAs and I got up and went to the kitchen.

When iggy came on http://t.co/TIFkfPvYgs

I think the biggest thing we learned tonight, is that Iggy Azalea is still alive. #VMAs

Demi also gave a bonus performance of “Give Your Heart A Break,” which wasn’t aired on TV (and did NOT feature Iggy Azalea). Check it out here:

No hearts broken here. Love this bonus performance from @ddlovato at the #VMAs! http://t.co/r3s6C9BeQr