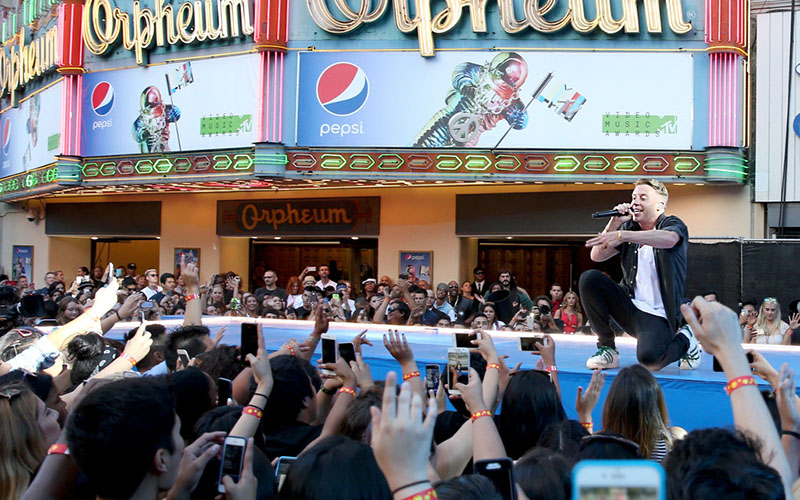 Macklemore & Ryan Lewis‘ 2015 MTV VMAs performance Sunday (Aug 30) certainly lived up to the name of their new single “Downtown,” because it happened right in the streets of downtown Los Angeles.

Immediately after Nicki Minaj and Taylor Swift’s surprise opening performance, the Seattle due took to the outdoor stage to perform “Downtown” along with collaborator Eric Nally.

They brought their recently released music video to life by taking a walk down the street (before hitting the stage) while featuring cameos from Grandmaster Caz, Kool Moe Dee and Melle Mel, just like in the video.

“Downtown” is the first single from Macklemore & Ryan Lewis’ upcoming sophomore album — the follow-up to the duo’s debut album ‘The Heist.’