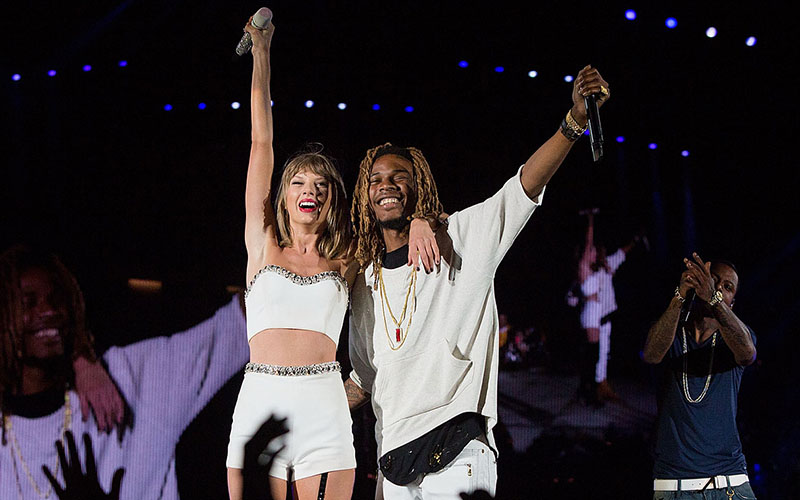 After getting a co-sign from Drake and recently becoming the first male rapper since Lil Wayne to land two top ten songs on Billboard since 2011, Fetty Wap can add another milestone in his book of achievements.

This past weekend, Taylor Swift brought the New Jersey rapper out onstage to perform his hit single “Trap Queen” in front of a crowd of 60,000 people during her concert in Seattle for her 1989 tour.

.@fettywap and @taylorswift13 performing “Trap Queen” together. When we getting the CDQ tho? http://t.co/IL6Xdm7Cmd https://t.co/6DTUVPc9Ke

Together, Taylor and Fetty sung about “cooking pies and getting fly with their baby.”

After the performance, Taylor thanked Fetty Wap on Twitter for coming and said that it was the happiest moment of her life to date.

Fetty responded thanking Taylor for allowing him to bless the stage.

Taylor Zoo ? @taylorswift13 thanks for having me buddy ?