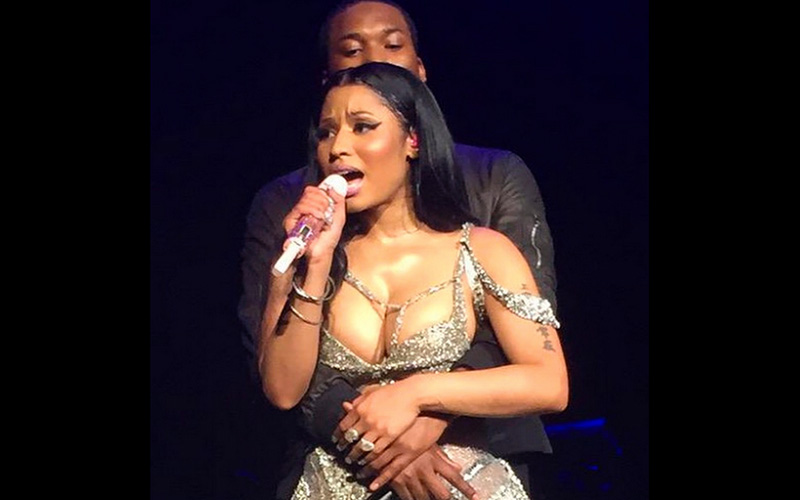 Nicki Minaj has the whole Internet thinking that she’s pregnant.

During her “Pinkprint Tour” stop in Pennsylvania last night, Nicki sparked rumors when she called her boyfriend Meek Mill her “baby father.”

“Make some noise for my baby father!” Nicki told her screaming fans.

Back in July, Meek revealed that he wished Nicki was knocked up in an interview with Shade 45’s DJ Superstar Jay.

“Nicki ain’t pregnant. But yeah, I wish…I already tweeted that five years ago, so it should be happening later. Sooner or later, when we ready for that.”

He always hit me after the interview n give me the run down. He ain't mention that part tho ? https://t.co/zPTWW9ycIg

No matter wut he, or anyone else says, Onika Tanya Maraj won't b pushing anyone1 out her vajayjay, until she's married. Now check that

Maybe she’s changed her mind since then, but we’re more than 100% sure Nicki ain’t preggo just yet, and she was just joking. Remember when she and Drake “got married?”

Also, for what it’s worth, right after the Internet freaked out about her “pregnancy,” she tweeted a bunch of crying laughing emoji’s along with the fan video of her “[Meek Mill is] my baby father” statement.

She also had the same response when a fan congratulated her on the “baby news.”