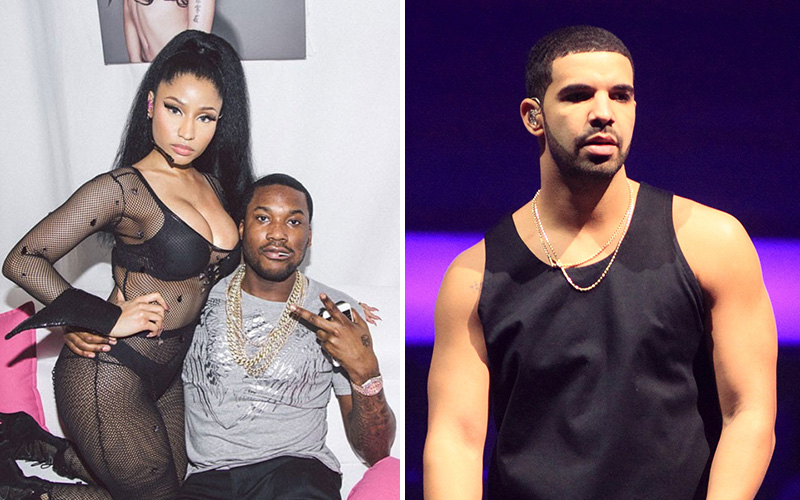 During a stop on Nicki Minaj’s Pinkprint Tour Wednesday night (Jul 22) in Bristow, Virginia, Meek made a public apology to his girlfriend for going crazy on Twitter and firing shots at her labelmate Drake.

“I wanna give a special apology shout-out to Nicki Minaj for my crazy ass going crazy on Twitter. You can’t be messin’ with no hood n**ga.”

Meek went into a long rant on Twitter the other night, accusing fellow rapper Drake of not writing his own rhymes.

Meek obviously realized he may have went too far with his comments on Drake, which we all know didn’t sit well with Nicki, considering she and Drake are label mates and good friends.

However, Meek didn’t back down from claiming Drake had someone ghostwrite his verse on “R.I.C.O.,” a track off Meek’s new album Dreams Worth More Than Money. The same album Drake refused to promote on his Twitter.

“I was just upset as a fan. Drake gave me a verse he didn’t write,” Meek continued in his on-stage apology. He went on to add:

“Shout out to Drake. Let him be great at all the motherfuckin’ things he great at. But I’m gon’ still be the realest n**ga in this bitch.”

Do you think Meek’s apology was genuine or is he just trying to stay on Nicki’s good side?