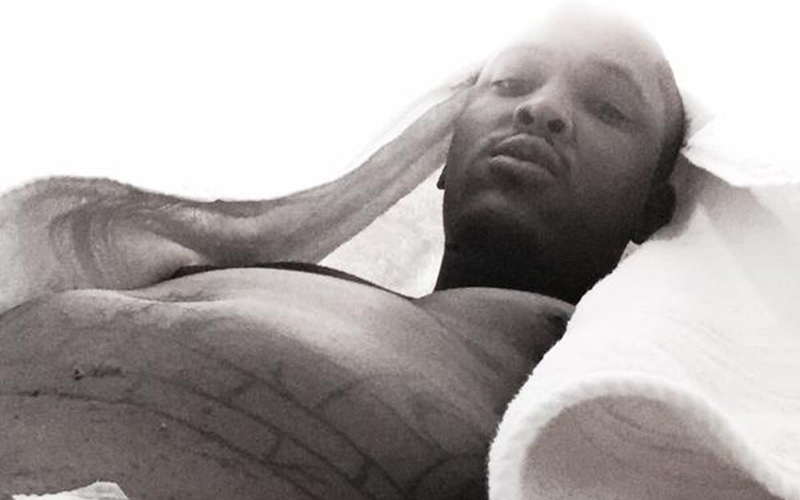 YG has been pretty quiet since being the target of a random shooting last month, but the West Coast rapper recently cleaned house on Instagram (i.e. he deleted all of his photos) and uploaded a very revealing image showing off his gunshot wound on his hip, as if to stay “I’m starting over from here.”

He captioned the photo:

YG was shot on June 12th at a recording studio in Studio City, California, near Los Angeles while working on his second album Still Krazy.

Since the shooting, he’s said that he has no idea who shot him and he made sure to clear up any questions as to whether or not the shooting was gang-related. Here’s an excerpt from the exclusive interview:

Billboard: What was going through your mind when it happened?

YG: Survival. After I got shot, I’m telling everybody, “Take me to the hospital, because I can’t die.” We hop in my homie’s car and bam — we got in a car accident! We hit an island trying to avoid another car. We had to hop out of the totaled car, hop in another car. At the hospital we had to tell people, “Take me serious right now — you don’t even understand what’s going on.” It was wild.

How are you feeling now?

I’m good. I left the hospital that night, and the next day I went back to the studio. Nobody wanted me to go. My mama tells me, “What are you talking about ‘going to the studio?’” But you know, I got shit to do — this shit don’t stop for nobody. I came straight to the studio on my little crutches.

Who contacted you while you were at the hospital?

Everybody — family, friends, the label. Lil’ Boosie Facetimed me. I was in the hospital, in a wheelchair, and I lost all my contacts but I see the 504, so I knew it wasn’t anybody in L.A., so I ask who it is and he says, “It’s Boosie. What’s up man, you straight?” He was real concerned, he was like, “My n—a, you good?” and I’m like “Yeah,” and he was like “All right, my n—a.” I know who cares about me and who’s faking. I don’t have to get shot to figure that out.

YG also discussed a song he recorded about the shooting called “Twist My Fingers.”

In addition to the photo showing off his gunshot wound on Instagram, YG tweeted this: