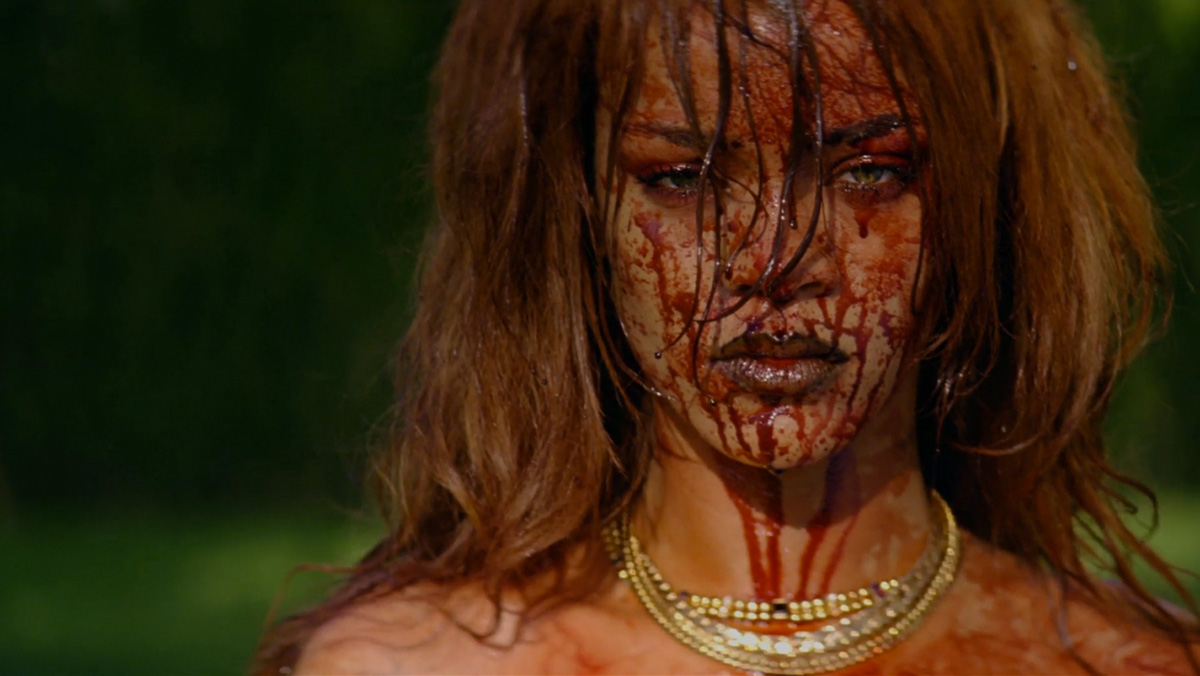 After teasing it with a trailer at the 2015 BET Awards, Rihanna finally debuted the official music video for her latest single “Bitch Better Have My Money” last week (first, exclusively on Tidal, then on Vevo).

The NSFW video contains everything you would expect in a video directed by Robin Rihanna Fenty herself. There’s bloody violence. There’s nudity. There’s weed-smoking. There are guns. And did we mention the nudity and violence? Yeah, there’s lots of of that.

The video, which Rihanna co-directed with Megaforce, sees the Pop star kidnapping and torturing a rich woman, who we later find out is married to Rihanna’s accountant (aka “The Bitch”) — played by “Hannibal” star Mads Mikkelsen — and he’s holding her money hostage, for whatever reason. Let’s just say … Rihanna’s accountant gives eventually gives her the money, whether he wanted to or not. Because whatever Rihanna wants, Rihanna gets. And she gets it good.

The moral of this story? Don’t fuck with Rihanna and her money. Bitch.

We’re not going to spoil the ending for you, so check out Rihanna’s insane “Bitch Better Have My Money” video for yourself here:

RiRi wrote on Instagram the night of the video’s premiere.

“Ya girl got director skillz!!! The concept for this piece came to me 8 months ago!!! So you can imagine how anxious I am right now!!!”