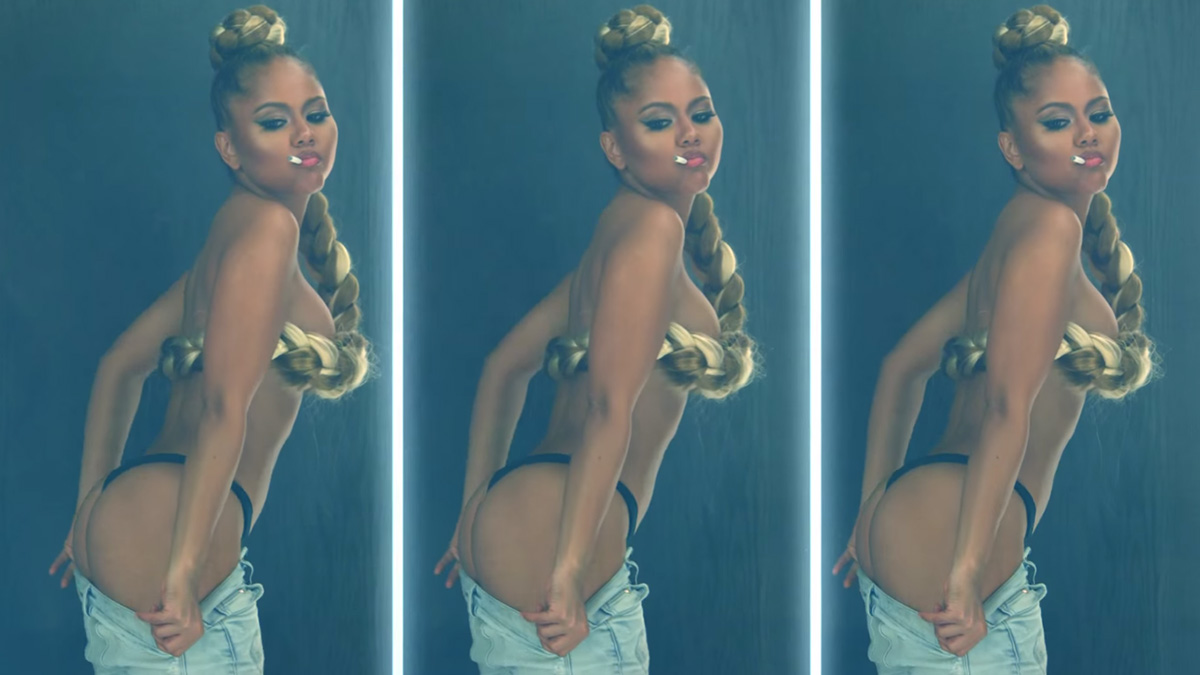 Kat DeLuna turns the heat up several notches in her NFSW video for “Bum Bum” — the latest single off Kat’s upcoming album Viva Out Loud, due out later this year.

Rocking a long ponytail and alternating her looks between a thong, leotard and half pulled up jeans, Kat puts her ample ASSets on full display in the clip, shaking her “bum bum” in the shower, on the floor, and anywhere else she pleases, all while being recorded by the song’s guest artist Trey Songz (who doesn’t actually appear in the clip) via the “Trey Cam.”

The end of the clip mentions that a “Part II” is “coming soon,” so be on the look-out for that. In the meantime, watch Kat Deluna shake her “Bum Bum” in her new video below: