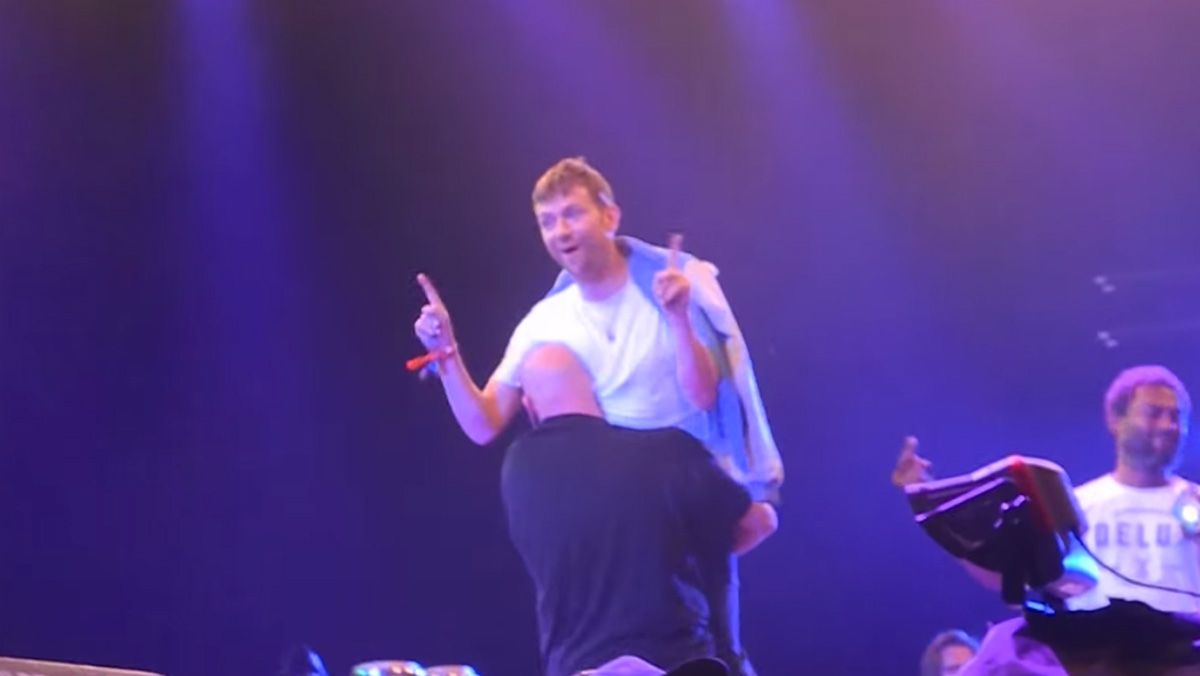 It looks like Damon Albarn — the frontman of the English rock band Blur and the mastermind behind the English virtual band the Gorillaz — made a complete fool of himself this past weekend at Denmark’s Roskilde Festival. And it was hilarious.

After performing a five-hour set, the clock struck 4 a.m. and Albarn still did not want to leave the stage. So, naturally, a security guard had pick him up and haul him off as he waved his hands and made silly faces while the crowd cheered him on.

Albarn wraps a cover of the Clash’s “Should I Stay Or Should I Go,” after which a security guard demands he leaves the stage. After a couple minutes of back and forth, the burly, baldheaded man finally lifts Albarn off the ground and carries him off, amongst a flurry of boos from the crowd.

According to Gawker, “concerts should end at 11 p.m.” so if they had their way, the show would never have even happened.

Watch the video footage of David Albarn being carried off stage here: