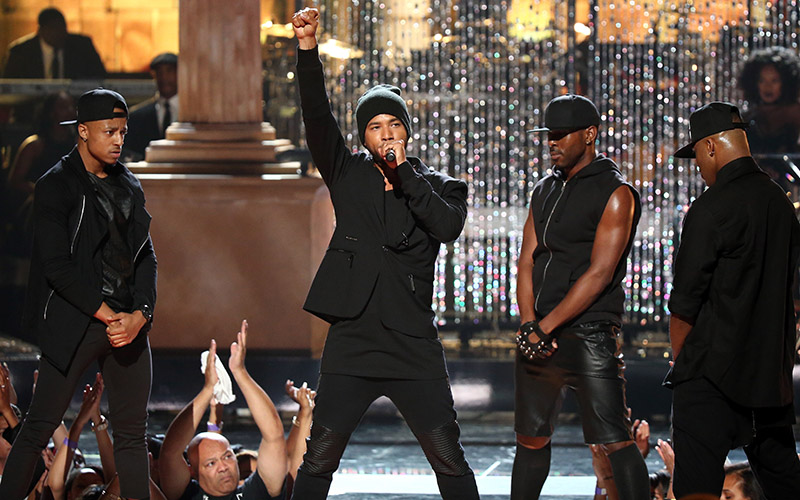 The cast of Fox’s hit TV show “Empire” took to the stage at the 2015 BET Awards Sunday night (Jun 28) and performed a medley of hits from the show’s soundtrack.

In the middle of “You’re So Beautiful,” Jussie Smollett, who is gay in real life, said a short spoken word interlude about marriage equality.

Watch the “Empire” cast perform at the BET Awards below: