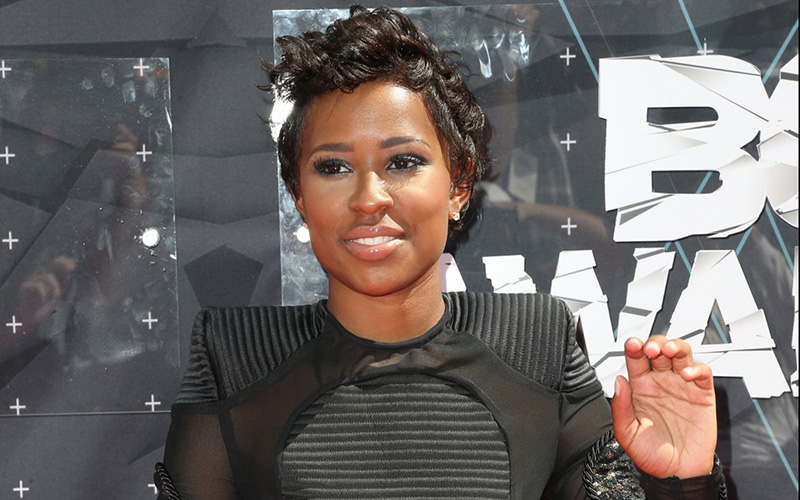 Dej Loaf wasn’t playing around when she made her hit single “Try Me.”

During a soundcheck this past Saturday for the 2015 BET Awards, the pint-sized rapper allegedly got into a physical altercation with one of her former managers.

According to TMZ, Loaf was at a rehearsal Saturday (Jun 27) when two of her former managers showed up unannounced.

We are told Dej Loaf and the hired help ended on bad terms just a week ago. The 2 managers wanted to “talk it out” with her and, needless to say, it didn’t go well.

Dej Loaf, her brother and her new management got into a scuffle with the old manager… leaving him with a cut forehead. The manager went to the hospital for stitches.

Despite the scuffle that went down, Dej appeared to be all smiles on the red carpet Sunday night, rocking an all black see-thru dress.

On Monday (Jun 29), she sent out a tweet about how the media only reports on the bad instead of focusing on the good.

they're only gone report the bad. The good stuff goes unnoticed! Social Media for ya!

Dej’s former manager Detroit Charlie spoke with The FADER about the incident:

“Long story short. Fame change things. This is a very unfortunate situation. I hope we can all find our senses and the love that got us this far. I only wanna see DeJ become the legend we set out to make her.”

A source close to the situation explained that Dej herself wasn’t involved in the actual fight, and another source claimed no one was sent to the hospital. “Her camp leaked the story with spin than an ex-manager was hospitalized,” they said. “This is false.”

“The altercation happened because DeJ Loaf and camp feels like the former management had no right to attend awards,” the second source continued. “It was not a new manager nor DeJ Loaf involved in the altercation. Both of DeJ Loaf’s brothers and hype man Oba Rowland attempted to gang up on one of the former managers.

“He knocked out one brother, then it was broken up. The other brother hit the unnamed manager with a heel, causing a small cut on the top of his head. This did not require hospitalization…It’s a shame that someone took this as an opportunity to slander and make up lies.”