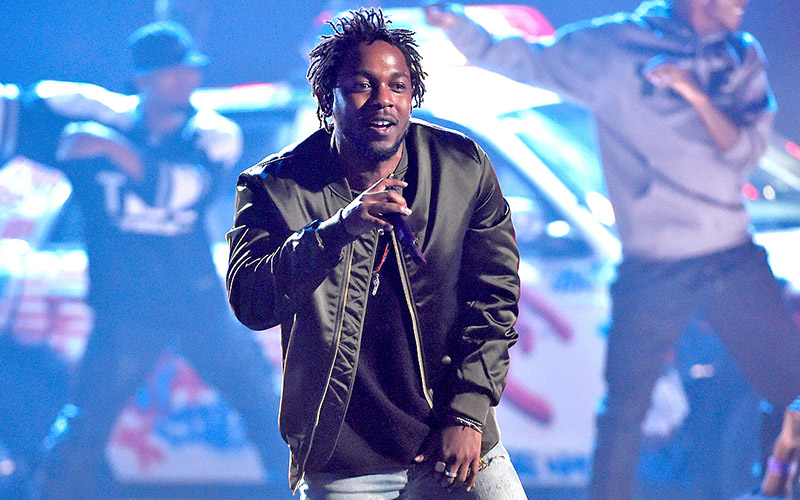 In the wake of the Confederate flag controversy, the always politically conscious Kendrick Lamar repped the American Flag hard in his performance for his latest single “Alright,” which opened the 2015 BET Awards.

The performance was full of hiii power. K-Dot arrived on stage standing on a graffiti-embossed police car flanked by a gigantic tattered American flag as he ricocheted bars from “Alright.”

Compton’s own brought out the big guns, as his backup dancers landed from stage to audience—waving flags and breakdancing in TDE tees.

In the middle of the performance, an army of civilians marched on stage, surrounding the rapper cypher-style, as he tossed his impassioned verses around, receiving a standing ovation from his fiancée Whitney Alford, Robin Thicke, and BET boss Debra Lee.

Needless to say, Kendrick’s performance was everything but “alright.”

Check it out here: