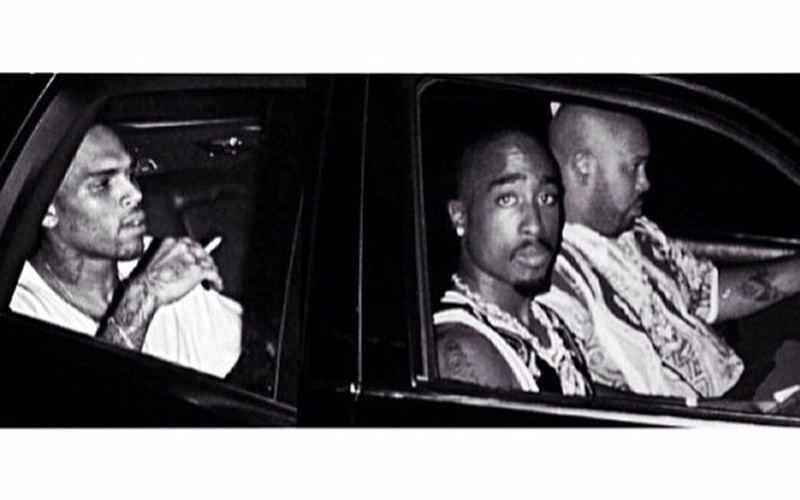 So last night Chris Brown posted a photoshopped pic of him in the car with Tupac and Suge Knight the night Pac was shot and killed in Las Vegas. And because he didn’t explain himself … no one really understands why.

We’re not quite sure what prompted Chris to share the photo with his Instagram followers because we all know Breezy was probably somewhere watching Rugrats while washing down a Lunchable with a fruit punch flavored Capri Sun the night Pac was shot, considering he was 7 years old when Tupac’s fatal shooting took place.

Breezy could have easily not meant any harm by the photo … but for some reason this just doesn’t sit right with us.

Deadass I wake up to a picture of Chris Brown photoshopped into Tupac’s last photo? Might get back in bed.

So Chris Brown was involved in Tupac's murder?

soooo what I get from that photoshopped image chris brown post is that he feels like the media is targeting him the way they did tupac? ?byE

Get your life, Chris Brown.