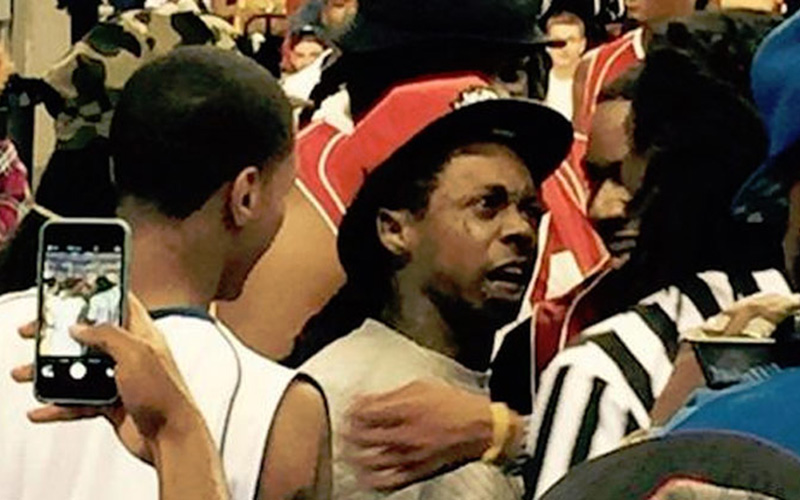 When taking your coaching job way too serious goes wrong…

Lil Wayne lost his cool and tried to lay hands on a referee Sunday night (May 31) during a charity basketball game promoting non-violence Sunday evening in St. Louis.

Yes, you just read that right. Lil Wayne tried to go ham on a ref … during a CHARITY event … promoting ANTI-violence.

The brawl went down in St. Louis on Sunday night. Wayne’s Young Money team was taking on a team coached by the event promoter, Loose Cannon Slim — and we’re told Coach Weezy thought the ref was blowing a bunch of calls.

In the video, Wayne is running after the ref with his whole crew behind him — and the ref is wisely retreating into the crowd. Witnesses claim Wayne had already spit on the ref at this point.

Cops were called to the scene, but luckily for Weezy’s sake no one was arrested.

Seriously though Wayne? Go run up on Young Thug like that.