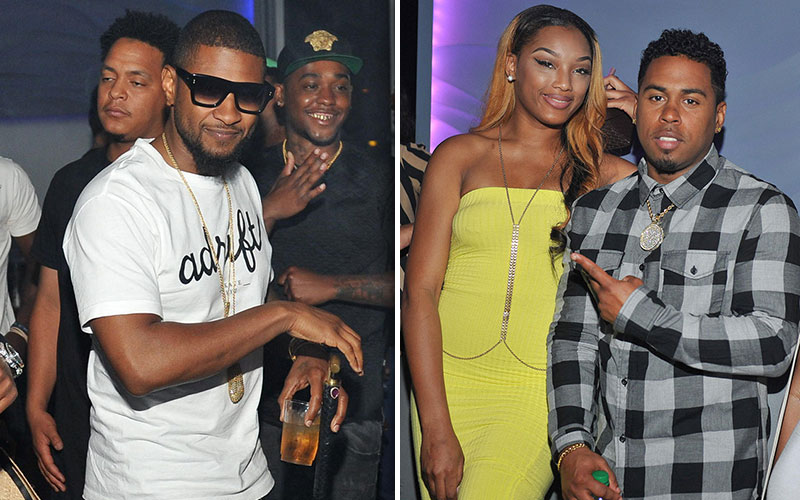 Usher took a break from recording his next album and hit up “Cirque” nightclub in Atlanta last Wednesday (May 13) so that he could relax, sip on some drinks and listen to someone else’s music for a change.

Usher’s eighth studio album ‘UR’ was supposed to be released last year, but he pushed it back so that he could make sure it’s right because he “hadn’t put the soul in it yet.”

The singer revealed back in January on “Ellen” that the project would definitely be out sometime this year, though there’s still no set date.

Usher also has a new movie — “Hands of Stone,” a Sugar Ray Leonard biopic — coming out this year, so it looks like he has a pretty busy 2015 ahead of him.

Other celebs spotted at the club were R&B singer Bobby V (where has he been?) and pro skateboarder Stevie Williams.