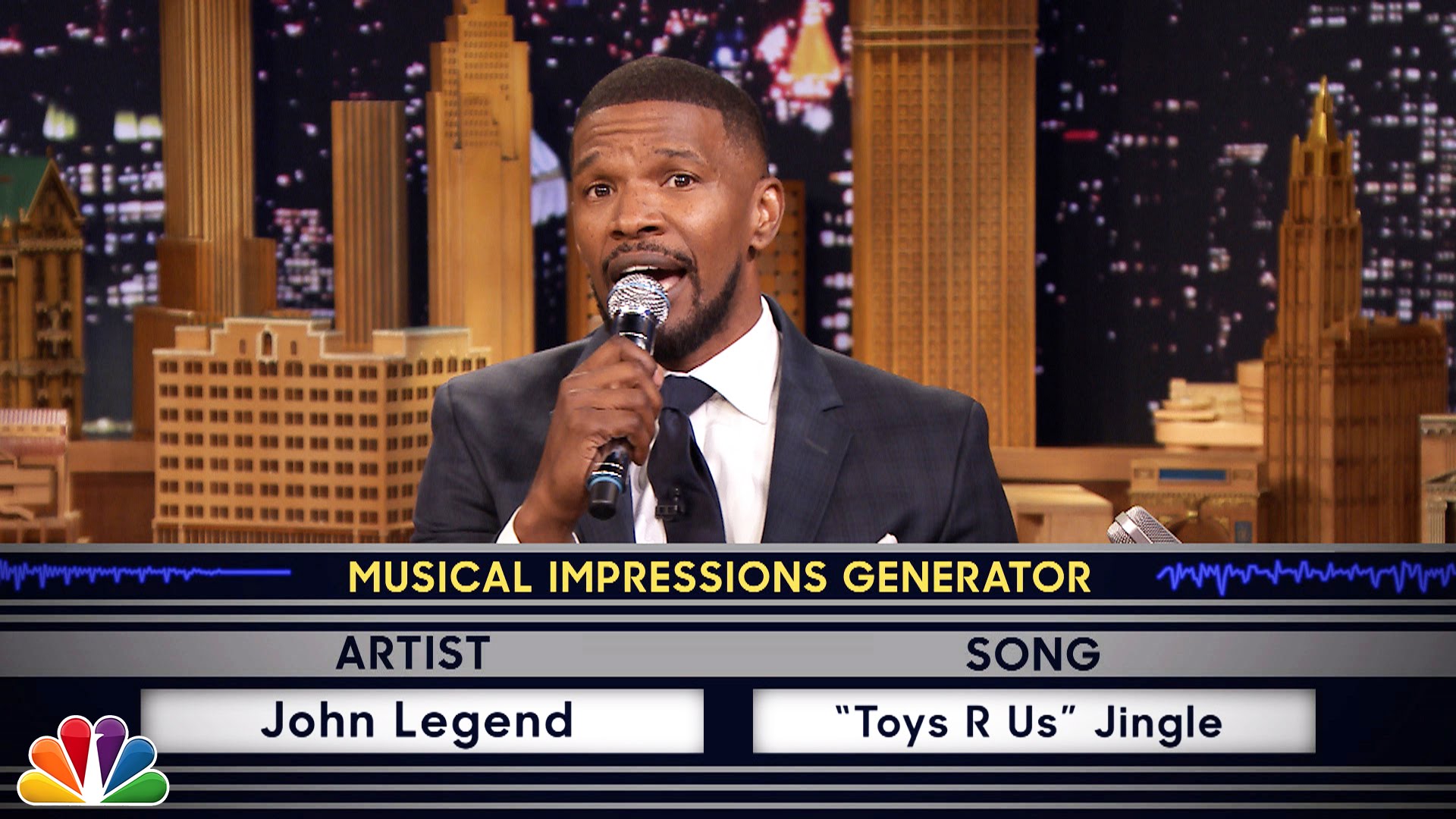 Jamie Foxx may have bombed the national anthem at the Mayweather-Pacquiao fight, but his vocal skills are still one of a kind.

Foxx stopped by the “Tonight Show with Jimmy Fallon” to promote his new album and while there, he participated in a segment called “Wheel of Musical Impressions,” in which each person is assigned a random singer and a nontraditional song at the push of a button.

Jamie was given Mick Jagger “Hakuna Matata,” John Legend “The Toys R Us Theme Song,” and Jennifer Hudson “On Top Of Spaghetti.”

Foxx nailed each one head on, and kind of gave us the chills from how much he sounded like each celebrity.

Jamie’s new album ‘Hollywood: A Story of a Dozen Roses’ is in stores now.