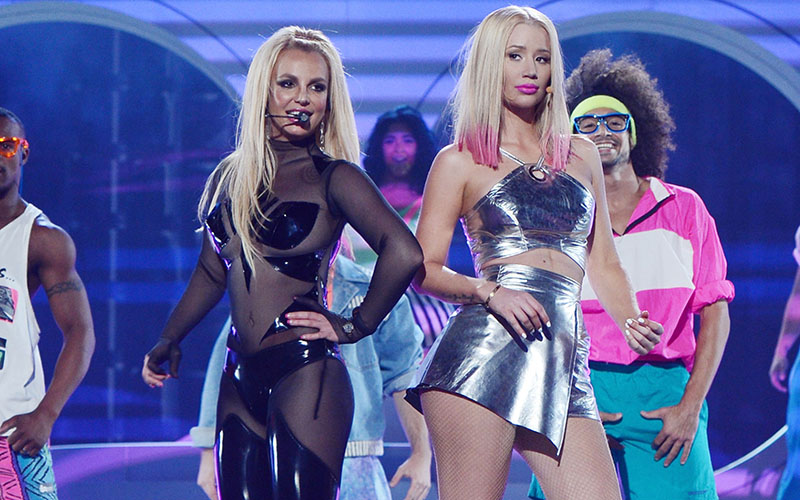 For the first time on television, Britney Spears and Iggy Azalea performed their new single “Pretty Girls” during a pre-taped segment for the 2015 Billboard Music Awards in Las Vegas.

Britney, who is in the middle of a Vegas residency, danced around the stage in a black cut-out catsuit and delivered one of the most energetic performances we’ve seen from her in years. Iggy, meanwhile, was Iggy.