GOSSIPONTHIS.COM Music Mariah Carey Hit Some of the Right Notes During Her Billboard Music... 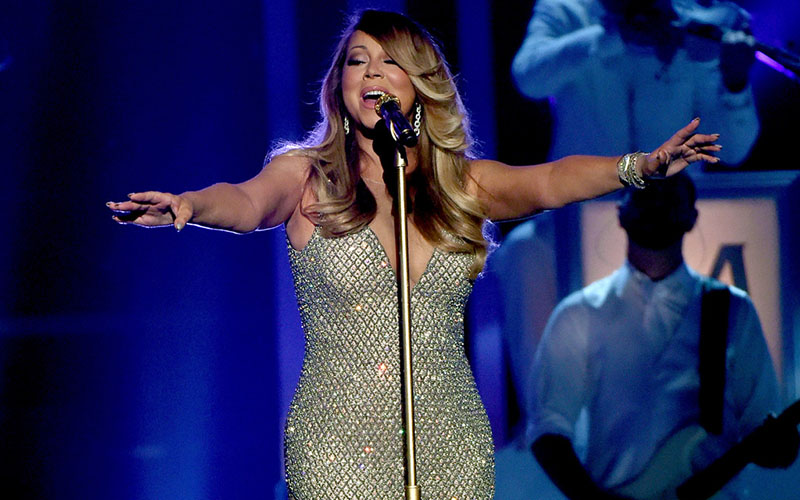 It’s been 17 years since Mariah Carey has graced the Billboard Music Awards stage, host Ludacris announced at the beginning of the 2015 BBMAs.

So how did the “elusive chanteuse” do? Well, it all depends on who you ask.

Dressed in a sparkly dress, Mariah Carey — known for her powerhouse vocals — kicked off her performance with a snippet of her iconic 1990 single “Visions of Love” before segueing into her latest single “Infinity.”

She didn’t hit ALL of the notes like she was supposed to, but she did at least hit SOME of them.

If you ask some of her devoted fans, who Mimi affectionately calls “Lambs,” she did great and sounded just like she did over two decades ago. But that’s what they’re supposed to say.

So let’s see what her non-fans on Twitter had to say about Mimi’s first BBMA performance in almost two decades:

When you realize Mariah is singing live pic.twitter.com/VtyadBcg0A

remember when mariah was a good singer without having to force her vocals to do things they can't do as well anymore pic.twitter.com/dXsV26e0CC

mariah made the same sounds as planes pushing back from the gate before takeoff https://t.co/8EMvBSCROj

Mariah Carey just screamed like she was in the woods trying to find Bigfoot. I know a Squatch call when I hear one.

Me after Mariah’s performance!! #BBMAs pic.twitter.com/NQVlhOPpOs

me at Mariah trying to hit them high notes pic.twitter.com/2JPxWcXqfn

Nick Cannon took Mariah Carey's vocals with him as a part of the divorce hearing.

To be totally fair, Mariah has been performing all month at Caesar’s Palace in Las Vegas for a residency, and she had to cancel a show last Wednesday (May 13), just days before the Billboard Awards, due to bronchitis. She was even ordered by her music director not to speak during rehearsals to save her voice.

So it’s very likely that she was still dealing with that Sunday night, which would explain why she didn’t sound like her old self. But as they say, the show must go on, and it did.