GOSSIPONTHIS.COM Celebs Tyga: Kylie Jenner is “Mature” & There’s Nothing “Morally Wrong” With Us... 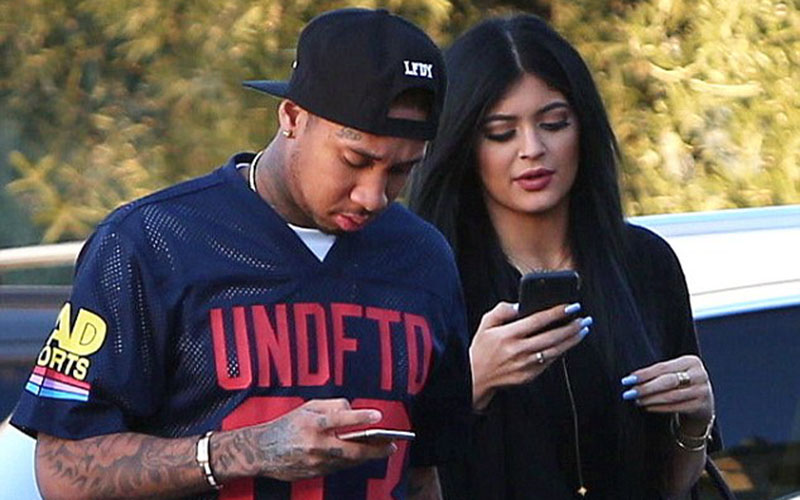 Teen reality star Kylie Jenner is “more mature” than most adults. The 17-year-old, who is the youngest member of the Kardashian Klan, is also a “millionaire” who has her own company and even “owns her own home.” These are very good reasons for Tyga, 25, to be in love with her, says Tyga.

For months, Tyga has done nothing but deny the fact that he’s dating a teenager, but all of that changed back in March when he made their relationship Instagram official. Then he got her name tattooed him so she’ll know it’s real. And now he’s trying his best to defend “it.”

A little over a week ago, TMZ broke a story about how “defiant” Tyga was about his relationship with Jenner:

He doesn’t care about the laws prohibiting adults from having sex with minors, and the reality is … unless someone complains, neither do the cops. Tyga is telling friends, as far as he’s concerned Kylie is more mature than most adults. She’s a millionaire who runs a company and even owns her own home.

The rapper won’t squarely say if he’s intimate with Kylie, but it’s not hard to read between the lines. He says he “doesn’t give a f*** about what the law says.” He thinks age is relative, and there’s nothing “morally wrong” with a mature 17-year-old dating a 25-year-old.

Fact is … the cops may be on his side. Law enforcement sources tell us they won’t investigate statutory rape involving a 17-year-old unless someone complains, even if the relationship is widely reported. And they say, so far no one has complained.

Of course no one has complained to the authorities. The Kardashian Klan seems to be thrilled about Tyga and Kylie’s relationship, and according to Radar Online, her sisters even support them getting married if they choose to go down that route.

“Kylie has asked her sisters what they think of getting married at a young age because it is something that she’d been talking about with him,” the insider tells Radar. “Obviously, her sisters have told her that they support her in whatever she wants to do. They cannot tell her that it is wrong because they were all monogamously coupled at extremely young ages.”

“Those girls do not like to be without a man and if Kylie wants to marry Tyga, so be it,” the source says. “Her sisters are just really happy that she has found true love and he treats her like gold,” continues the insider. “They also really like that she will not be hopping from guy to guy and getting her heart broken like they have all had to experience.”

At the end of the day, “her whole family would much rather see her settle down with someone who loves her rather than be with many men who will only use her for their own gain.”