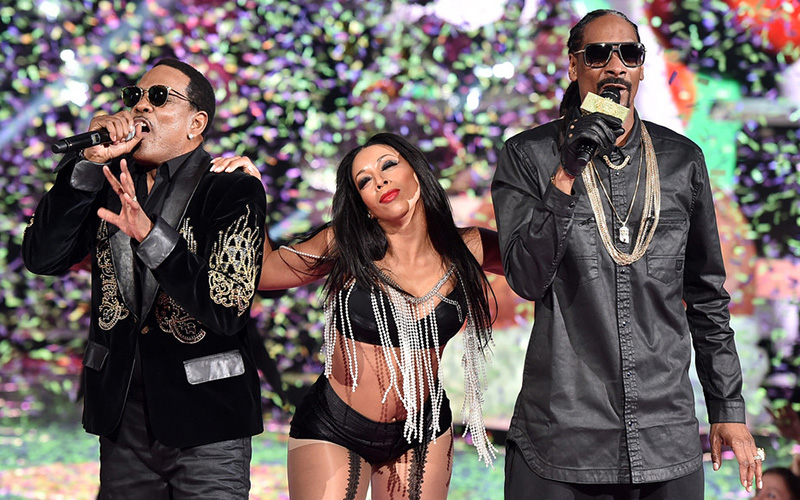 Snoop Dogg and Charlie Wilson were among the performers who shut down the iHeartRadio Music Awards stage in Los Angeles Sunday night (Mar 29), performing their new single “Peaches N Cream” while surrounded by scantily clad women.

Cameras pointed in the audience caught Pop star Taylor Swift and “Empire” actress Taraji P. Henson up on their feet and dancing, visibly enjoying the performance, which closed out the show.